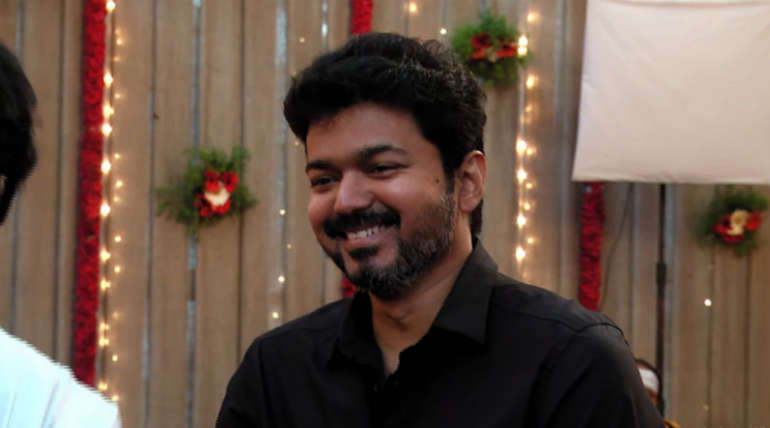 South Indian Star Vijay joins with Atlee for the third time after their hits Theri and Mersal. Both of the films are well grossed in box office and well critics by media and audience. Thalapathy Vijay nominated for Filmfare award for the Best actor Tamil for both movies.

The film currently titled as "Thalapathy 63" and produced by AGS Entertainment banner. Archana Kalpathi recently announce the news in their official Twiter and Instagram pages. Recent popular Comedian Yogi babu, Vivek and Anandraj are part of this movie. The pooja ceremony held today in Chennai and planned to hit the screens for Diwali 2019 that is October 27,2019. The recent news is Daniel Balaji can play a negative role in this movie as he spotted in the pooja.

As the news known earlier Tamil Actor Kathir is going to cast in this movie after his success in Pariyerum Perumal and Sigai. The main female lead is Nayanthara who reuniting with Vijay ten years after 'Villu'. The music for the movie is A.R.Rahman, cinematography by G.K.Vishnu, production design by T. Muthuraj and editing by Ruben. As Theri focused about a DCP goes to safe his daughter form a gangster, Mersal is about corruption in medical industry , Thalapathy 63 is focused about state sports politics in National sports.