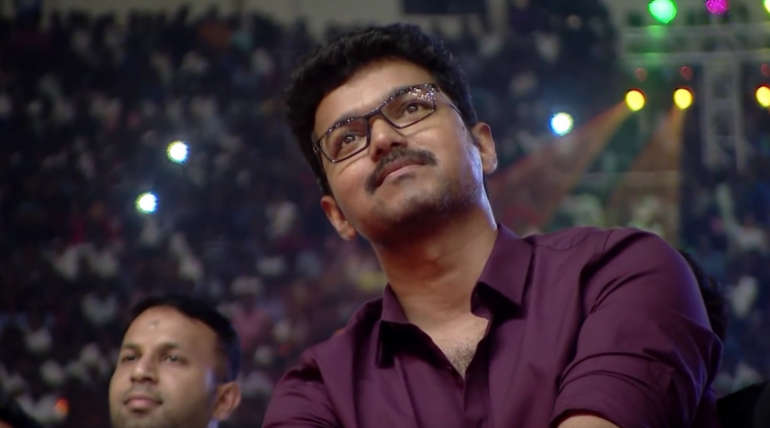 Vijay in a Function. Image @OMTVFC

Mohan Raja has been reported that next Vijay film will be directed him. Mohan Raja already directed Vijay, Hansika, Genelia and many others in the film Velayudham. The movie was produced by Oscar Films and was well received by the box office.  If they teamed up it will be Vijay's 64th film.

Mohan raja, who has delivered with the hits like Thani Oruvan and Velaikkkaran. The project believed to take off latter this year and we can believe the official announcement will be made at end of this month.

Vijay is now busy in the Atlee's sport drama film which is being produced by AGS Entertainment. So far the news is spreading out of Mohan Raja and Vijay collaboration,yet its not officially confirmed.