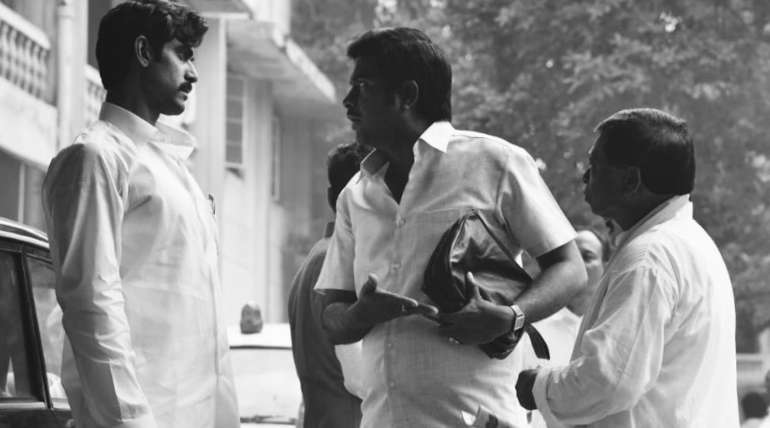 'NTR Mahanayakudu' is the second release of biopic film based on the political life of Nandamuri Taraka Ramarama Rao, released on Friday in theaters. One day earlier with the confidence of the film, premiere shows were held at ABC Cinemas in Hyderabad that is on Thursday night. NTR's family members, actors, industry celebrities, Nandamuri fans and media representatives attended

the premiere along with Nandamuri Balakrishna.

Nag Ashwin, a trendsetter, made the film's first biopic film with the film 'Mahanati'. He has done 110/100 marks for Balayya's performance. Basavatarana Vidya Balan has given the performance of the film. He tweeted as 'Babu Maamuludu Kadantunnu'  in the tweet.

"Babu maamoolodu kadu..." @RanaDaggubati this is another feather in your cap...Balayya garu 110/100..the nuances of the performance of Old Ntr..you can't direct that...@vidya_balan ji...wat an asset your love is for this film. pic.twitter.com/9PDoDQjLAz

Watched #NTRMahanayakudu. NBK garu gave a stand out performance as Legend NTR garu. He portrayed the pain and anger of NTR very well....all the best to whole team

We made #NTRMahaNayakudu with lot of love for #NTR and Loving the response for the Movie. ðŸ™ðŸ™ðŸ™
Thank you.

Loved Mahanayakudu. Better world is built by ppl with â€œchitha suddhiâ€ and â€œkaarya dheekshaâ€! Husband and wife relationship and the assembly sequences were brilliantly conceived by @DirKrish . Wishing the whole team all the very best!!