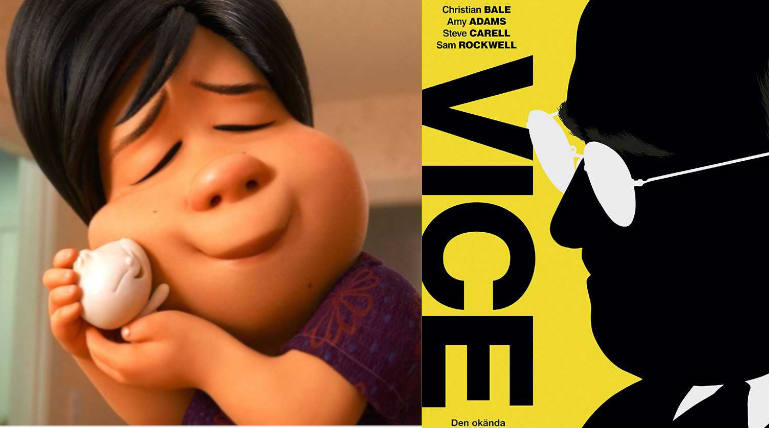 Hollywood is waiting to witness a huge clash at the box office for the Christmas weekend as half a dozen films are releasing for the festive season. Now, this top 5 list features the films and TV trending on the net now with the movies that are released and yet to release.

The Oscar-shortlisted animated short film of Pixar named Bao is the top trending topic now as it is available for free to watch on YouTube for a week of time. Pixar is making this offer to celebrate the shortlist of the film in the  Best Animated Short Film category in the Academy Awards 2019.

The Hell boy reboot and Christmas release Vice takes the next spots as the Hell boy poster released recently ahead of the trailer release this week. Vice is been getting mixed reviews from critics and highly praised for the performance of Christian Bale portraying the character of Dick Cheney with a stunning transformation.

The rest two spots are taken by the upcoming film Where'd You Go, Bernadette and the already released Bad Times at the El Royale for its' digital release.

5. Bad Times at the El Royale