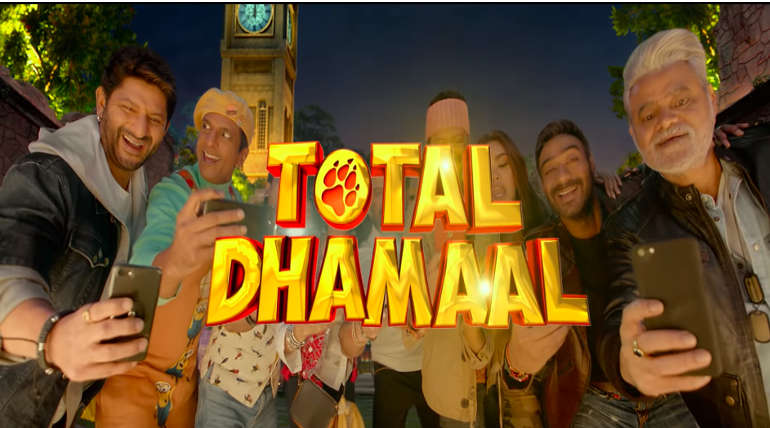 The third film in popular Dhamaal franchise is getting release this weekend. This Bollywood release is expected to have a good collection in theaters. The Ajay Devgn starrer Total Dhamaal believes Gully Boy will not be a threat to it. The movie also casts Riteish Deshmukh, Arshad Warsi, Javed Jaffrey, Madhuri Dixit and Anil Kapoor. As the movie have huge star power and audience interest towards comedy genre, the Indra Kumar directorial expected to have a double-digit opening in theaters.

Girish Johar, film trade analyst stated â€œThe film is top lined by stars like Ajay Devgn, Madhuri Dixit, Anil Kapoor, Arshad Warsi and Riteish Deshmukh and these are fantastic names to lure the audience. Also, Indra Kumar is a great director. The trailer has been received well too, so I believe it will have a good start at the ticket counters.â€ The movie Total Dhamaal expected to earn INR 13 crore on Friday. He added, â€œIn fact, in the last few days, the star cast of the film has promoted it as a film that releases all your tension. So, the awareness level is quite high, and I somehow peg its day one collection at Rs 13 crore.â€

The previous Dhammal success gain popularity to the  movie and also the movie is family oriented comedy will do work well for business. The movie is releasing over 2500 screens. Girish Johar had added, â€œGully Boy has been appreciated but it has only centred around certain key pockets namely Mumbai, Pune and Bengaluru. It has fared a little less in the north and obviously, in other regions, even lesser. So, I donâ€™t think it will impact the collections of Total Dhamaal as it is for a selected audience whereas the latter is an all-out no brainer, family comedy film. Total Dhamaal will be the first choice unless it has completely trashy content. People will go for it for good laughter and if it succeeds in doing that, it will have no competition.â€