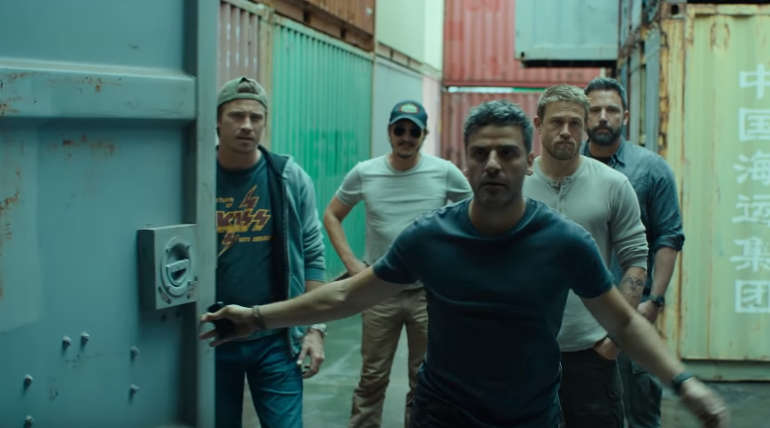 After the failed robbery of several tens of millions of dollars stolen from a Mexican cartel, former Special Forces soldiers find themselves having to survive in a particularly hostile area of â€‹â€‹Latin America. Here is the synopsis of "Triple Frontier", one of the most promising action films of the year including Oscar Isaac, Ben Affleck, Charlie Hunnam, Garrett Hedlund and Pedro Pascal, and which is revealed through a second trailer.

In just three films, JC Chandor has established himself as one of the major American directors of recent years. After  Margin Call , All is Lost ,and a most violent year, the filmmaker is back with one of the most enticing Netflix productions of 2019. Along with the highly anticipated  The Irishman  of Martin Scorsese, Triple Frontier has a Amazing casting. In view of the new trailer that the streaming giant has just unveiled, the five headliners will put themselves in a quagmire from which they will not emerge unscathed, as the loot of $100 million they covet.

Oscar Isaac, Ben Affleck and Charlie Hunnam Bring A Mexican Cartel in the works for almost ten years,Triple Frontier is a project around which many prestigious names have circulated, starting with those of Tom Hanks,Mahershala Ali, Will Smith,Tom Hardy or Channing Tatum.Finally, JC Chandor has managed to form a cast that does not demerit against the aforementioned stars. Indeed, the film produced by Netflix will bring together Oscar Isaac (Inside Llewyn Davis, Annihilation) , Ben Affleck (Argo, The Town), Charlie Hunnam ( Sons of Anarchy), Pacific Rim), Garrett Hedlund (Pan, Mudbound ) and Pedro Pascal (Narcos, Kingsman: The GoldenCircle).

The five comedians embody former Special Forces soldiers who decide to steal the fortune of one of Mexico's most powerful cartels. Their robbery will not happen as expected and will even turn to total fiasco, as revealed by the images of the new trailer. Once spotted, soldiers who have become criminals will have to escape drug traffickers in an attempt to disappear permanently into the wild. A simple but devilishly effective synopsis, which foreshadows a lot of situation reversals as well as a dive into the natural

and hostile landscapes of the area where the Iguazu and Parana rivers converge , located between Paraguay, Argentina and Brazil.

To discover this film that is already announced as one of the most muscular of the year, we have only a few days left to wait. Triple Frontier  will be available on Netflix on March 13th . Discover now the trailer.