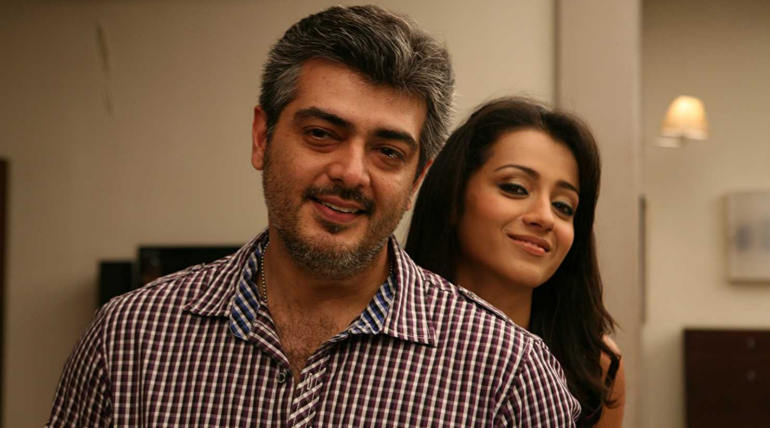 The initial talks for Thala 60 movie is said to be underway as Thala Ajith and Venkat Prabhu met recently as updated by the director on Twitter. The combo's previous film Mankatha was a sensational hit and a memorable movie in the career of Ajith Kumar. Now the upcoming possible collaboration is exciting the town and it is said that Trisha is been considered to play the female lead in the film.

The actress has earlier paired with the actor in Kireedam and Mankatha and if it happens to be true, then the pair will be romancing on screen for the third time. The rumour of this trio coming back also triggered the speculations of Mankatha 2 which was already hinted by the maker months before on Twitter.

Going by all these talks, if things turn out as expected, then it will undoubtedly be the biggest sequel to be awaited in the upcoming months. Venkat Prabhu has already made a sequel of his first film Chennai 28 and has succeeded in the tough sequel battle in Kollywood. Venkat Prabhu is currently waiting for his upcoming film Party which is waiting for its' release and Ajith is shooting for the official Tamil remake of Pink titled as Ner Konda Paarvai which had its first look released recently.