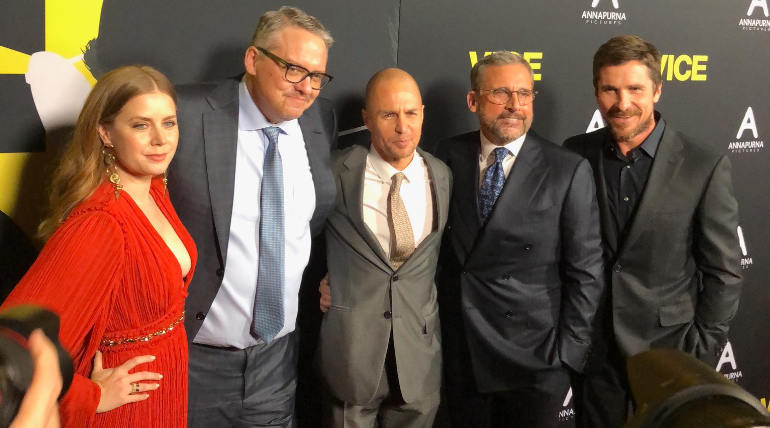 The Batman actor who is known for his hard transformations for his roles is now waiting for his film Vice to release worldwide. The actor is always seen shedding, gaining weights and taking up different roles also doing justice to the roles. During the premiere of the film, Vice held recently and Bale shared an interesting incident took place years ago.

In the red carpet of the premiere show, the actor said about his meeting with Donald Trump during the shooting of The Dark Knight Rises back then. He said that the shoot was going on in the Trump Tower and meanwhile Trump called from the office and asked to come up to his office.

The actor said that he went on to meet him with the Bruce Wayne suit and the current President also thought him as Wayne which made them converse in that way. The actor expressed these happening in a funny way and revealed that he got no idea at that time about Trump becoming the President of the U.S.

Bale has put on weight for the role of Dick Cheney, the former vice president of the U.S. and he consulted nutritionist like never before for this role. He said "This is the first time I actually did go to a nutritionist cause I'm starting to feel my mortality and I did decide, You know what, I might die, so maybe I should go to see someone who actually knows what they're talking about instead of just winging it, which is what I've always done. His movie Vice is releasing on December 25 and getting rave reviews from early premieres expecting to be an Oscar contender.