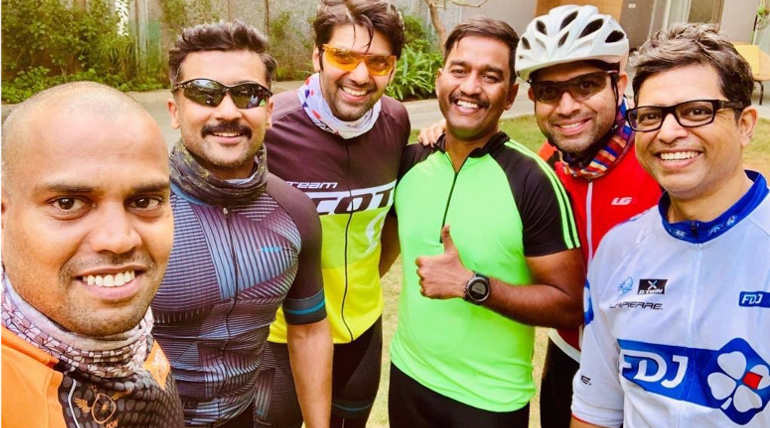 Suriya's next film Kaappaan shoots are going on a brisk pace at various places and the film is nearing towards the completion soon. After some foreign schedule, the current schedule is taking place in North India and one more schedule is said to be remaining for the film with Suriya. Meanwhile, the picture of actor Suriya along with Arya during a cycling session is viral on social media.

Arya shared the picture through Twitter after finishing a cycling ride with Suriya and his teammates. He thanked Suriya for inspiring with his fitness and the cycling goals of Arya is always shared by the actor on Twitter. Suriya is seen in a cool outfit looking damn fit and the actor seems to be in the best shape of recent times.

The actor is always known for his fitness and after a long time, public exposure of the star is making fans excited. Fans are currently waiting for the actor's upcoming film NGK with Selvaraghavan which teaser is coming on the Valentine's Day. After KV Anand's Kaappaan, the actor will start shooting for his own production directed by Sudha Kongara which is tentatively titled as Suriya 38.