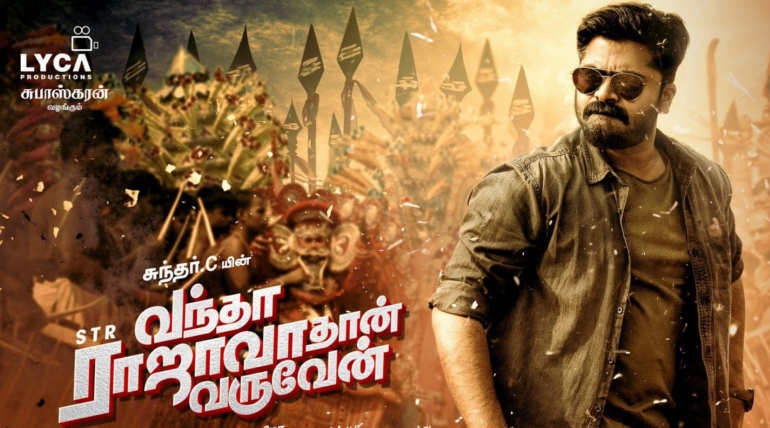 Vantha Rajavaathan Varuven is hitting screens this Friday and the film is eagerly looked forward by fans and well-wishers. Director Sundar C is directing the film and is expected to be his comfortable genre, where he can make the audience entertained with the kind of content the film has from its original. The ticket booking after a long wait has finally started in most of the theaters while more theaters are yet to confirm the film.

Two other anticipated films Sarvam Thaalamayam and Peranbu are releasing on the same day and the STR film is fetching screens competing with new releases and also the already running biggies Petta and Viswasam. Both the Pongal films are still doing good at the box office which made some single screens to retain with the existing films.

The bookings aren't great for the film so far and is expected to pick up. The hype is slowly building as some Chennai theaters started programming early morning shows and the Rohini Silver Screens' fans show is already full. The post-release word should help the film big time to get a hold in the box office.