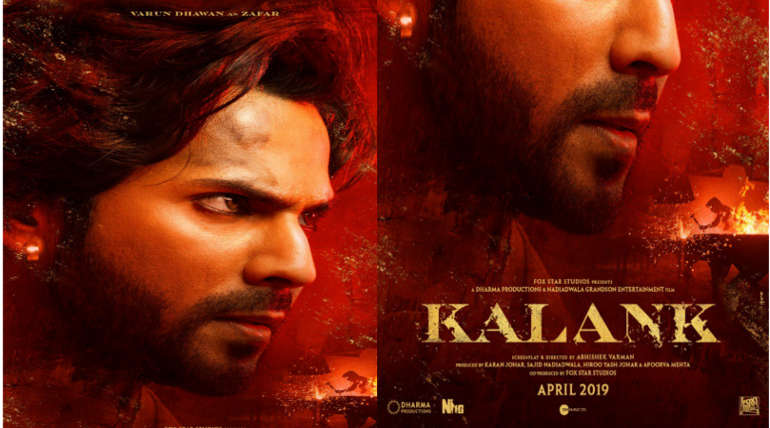 Producer Karn Johar shared the first look of multi star movie Kalank in which Varun Dhawan and Alia Bhatt as main cast. The movie will be a period drama.He wrote as,"A film that was born in my heart and mind 15 years agoâ€¦.a film I passionately believe inâ€¦the last film my father worked on before he left usâ€¦.it was his dream to see this film come throughâ€¦.I couldnâ€™t fulfil his dream thenâ€¦.my spirit was brokenâ€¦.but today his wish has found a relationship with celluloid."

Karan added, "The story of turbulent relationships and eternal love has found a voiceâ€¦.the film has been woven, nurtured and visualised by ABHISHEK VARMANâ€¦.and the film Is KALANK! Set in the 40's but it's heart lives onâ€¦..TOMORROW the journey beginsâ€¦..am excited â€¦anxious and emotional about this oneâ€¦I do hope you join us on our path to undying loveâ€¦..KALANK."

Along with Alia Bhatt and Varun Dhawan,the film also starts Aditya Roy Kapur, Sonakshi Sinha,Sanjay Dutt and Madhuri Dixit with Abhishek Verman directorial. The details of the project is yet to come.Earlier in the day, Kalank stars Varun Dhawan and Alia Bhatt had a fun Twitter interaction. Varun first tweeted as, "Breaking- Alia Bhatt to handle Kalank marketing," to which the Alia Bhatt replied, "Hahahaâ€¦Iâ€™ve learnt from the best." Karan too chipped in saying, "Sorry??? How come I donâ€™t about this!!!?? We have a team which is all set with a plan!!!!". The trailer will be out on 7th March.

Karan Johar,"Anyway after Kaal, I went on to develop Kabhi Alvida Naa Kehna. when my father was alive, I was writing a love story set in pre-partition times. But the canvas was too large. It was supposed to have Shar Rukh,Ajay,Rani and Kajol. It was about two homes,and it had a Hindu-Muslim angle. It was a very strong subject,and would be called Kalank."