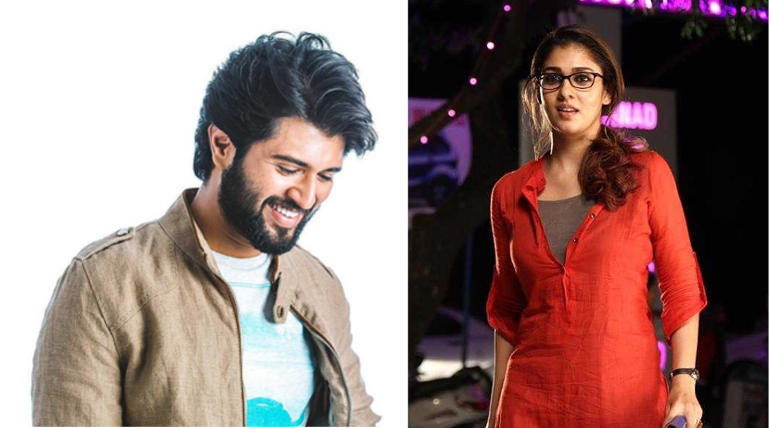 Vijay Deverakonda and Nayan to Pair up , Image Courtesy- IMDB

The Rowdy Boy Vijay Deverakonda is set to take his next big step with his upcoming trilingual film produced by S.R. Prabhu under his Dream Warrior Productions banner. The project is under final talks and lady superstar Nayanthara is being discussed to be zeroed in as the female lead of the film.

Writer Anand Annamalai who wrote for National Award winning Tamil films Kaaka Muttai and Kuttram Kadidhal is directing the film. Speculated to be a sports drama, the shoot is soon to go on floors while pre-productions are already on to the completion. It would probably be Deverakonda's second straight Tamil film after his much expected Tamil debut failed to meet the expectations.

SR Prabhu who is known for making good content oriented films joining with a promising writer and actors makes the project bigger and worth for waiting. Sources reveal that the actor is already training for bike racing as a preparation for his role after the completion of his upcoming film Dear Comrade. An official announcement is expected soon from the makers along with other details about the film.