Vikram Kadaram Kondan Teaser to Release Tomorrow, Here is What We Expect from Thoongavanam fame RMS 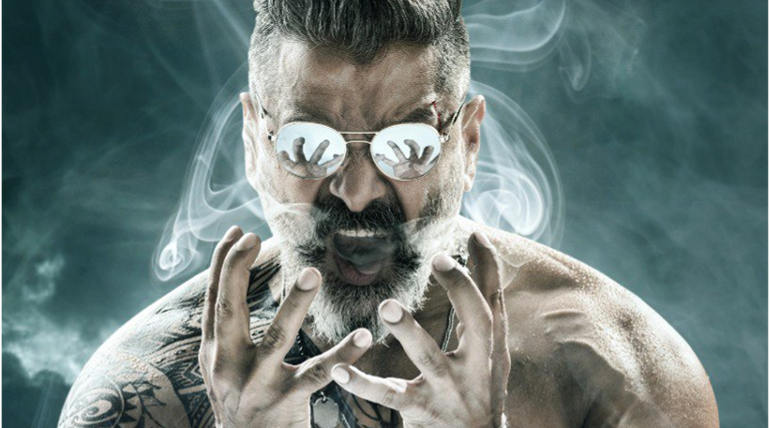 Chiyaan Vikram's next big film Kadaram Kondan is directed by the Thoongavanam fame director Rajesh M Selva who is a former AD of the mastery makers Kamal Haasan. The director proved his potential by making a genre-defining thriller on par with Hollywood standard in all aspects including the writing. The movie stars Kamal Haasan and produced by the legend himself while the upcoming film is also produced under the Raaj Kamal Films International banner.

After releasing two posters for the film Kadaram Kondan, the team is ready to present a scintillating teaser on the Pongal day morning 11 am. The first looks posters got great feedback from the Kollywood circle and the movie is said to be revolving around the Malaysian underworld in which Vikram plays the role of a Malay Cop.

The teaser is expected to be a short racy piece of a glimpse revealing nothing about the film. The thriller genre is expected to be maintained as same as the maker did last time. With Ghibran composing the music, no doubt it will be on a high throughout the film. Akshara Haasan is playing the female lead and fans are eager to know whether the Ulaganayagan will play a cameo or a small appearance in the film or not. Visit this space to watch the trailer as soon as it arrives.

Vikram Kadaram Kondan Teaser to Release Tomorrow, Here is What We Expect from Thoongavanam fame RMS