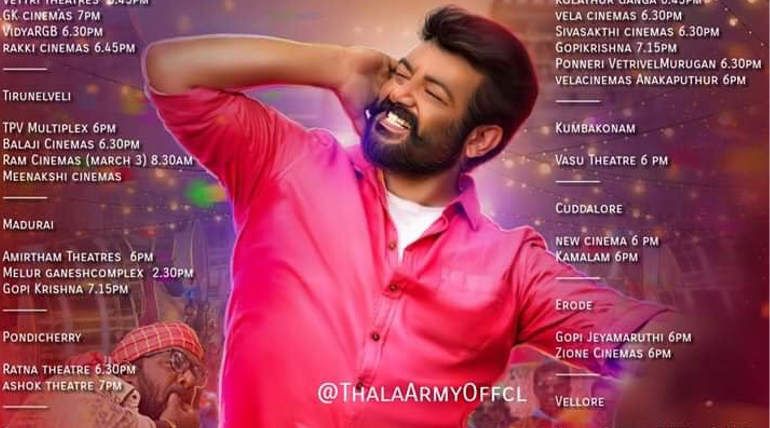 Viswasam which is crossing the 50-days landmark in theaters is having big celebrations at various theaters planned by Thala fans. The movie is still running in about 125 screens across TN and inching towards the final run completion. Fans are on full-form for the celebrations of their idol's film with complete potential.

Various theaters across Chennai and other districts have confirmed the 50th-day celebration for evening shows including Vinayaga Theater in Karnataka. In overseas, Jeudi - Vendredi - Dimanche of France has confirmed a special celebration show for Thala fans. The list of theaters with special showtimes for Celebration is shared at the bottom of the article.

The movie had a historical run at TN theaters with record footfalls and numbers after Baahbali 2. Viswasam outperformed all other released Kollywood films emerging as the highest collected film at TN box office. The record set by Viswasam is huge and a theater's twitter handle tweeted that it requires another perfect mass rural entertainer to beat the record set by Viswasam. 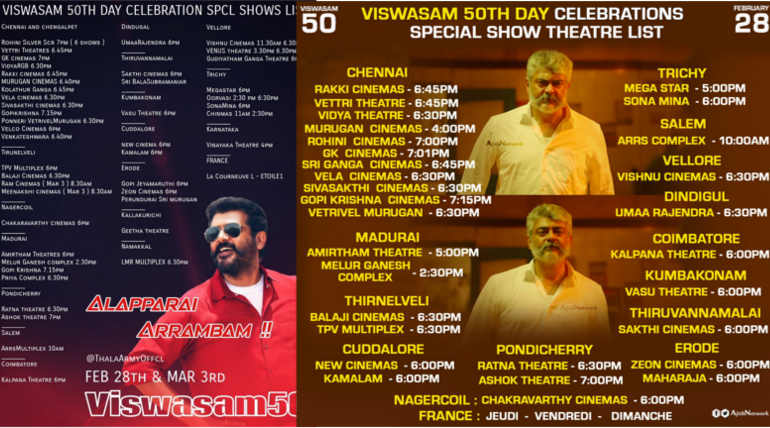