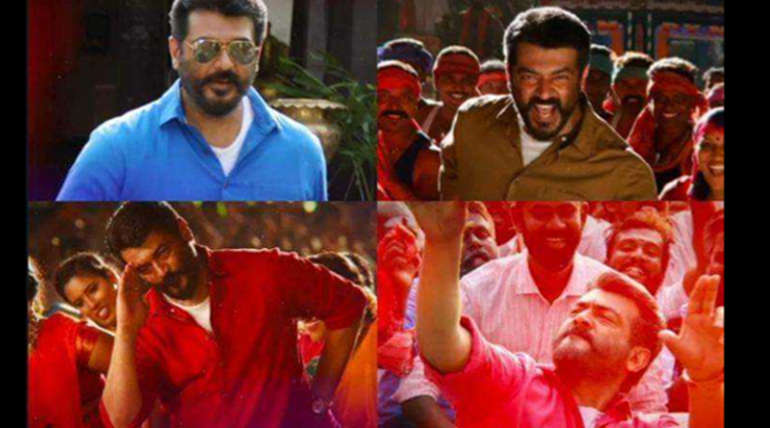 Ajith Kumar's Viswaswam and Rajinikanth's Petta are the two big star movie to be hit the screen from tomorrow. The village action movie, Viswasam is a much-expected movie from Shiva- Ajith Kumar collaboration.  The film revolves around the character Thooku Durai (Ajith Kumar) a village Chieftain who is beloved by his village people.

The movie first three days online booking and reservation in all the theatres are mostly filled up as soon as the booking opened. The poster, teaser, and trailer of the movie is already trending the social media. The production house Sathya Jyothi films doing well campaign about the movie on television and public advertisements and social media.

A few hours ago, Ajith Kumar Viswasam banned in three districts - Erode, Tirupur and Coimbatore due to some financial problems. The distributors and theatre owners demanded to release the movie.  The assurance for this demand is in due of 78 Lakh INR debit, 35 Lakhs to be given now, remaining will be credited within four days. The hearing in Chennai High court will be on this afternoon. Stay here to know more about this.