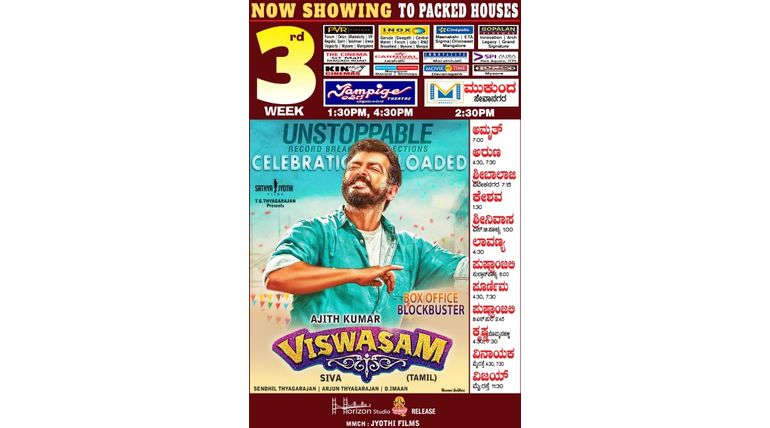 Thala Ajith kumar Pongal festival release attracted all the center audience finally proved by the box office collection. Not only in Tamilnadu, the movie proves its strength in another regional language Kannada also. This results in dubbing of the movie to release throughout the state Karnataka.

Ramesh Bala, trade analyst today tweeted that the movie released in minimal screens of Karnataka scored a decent amount of income from Karnataka box office. This is highest gross for the star Ajith Kumar so far release in Karnataka. The movie released worldwide and final box office estimated is about touch the mark of Rs. 200 crores worldwide.

The story is about the hero who is simple village chieftain Thooka Durai who loves his people and family. The movie becomes a super hit, inspite of language because of its strong screenplay and a whole family entertainer pack. The movie suits all types of audiences to enjoy with family and friends.

Like TN, it's also a Profitable venture for all the stakeholders involved..