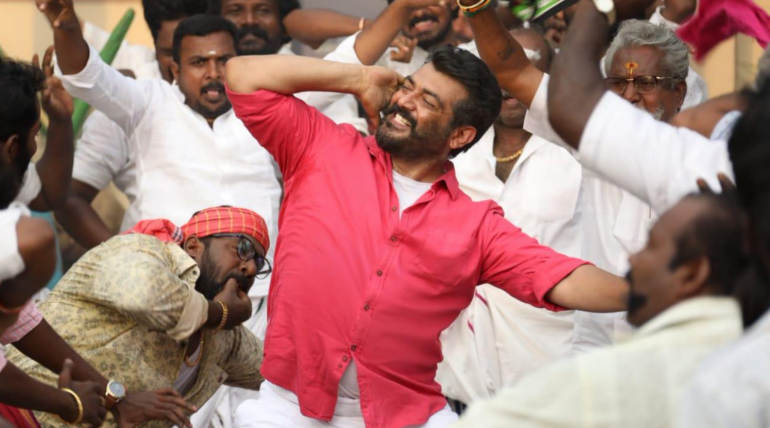 The Pongal blockbuster Viswasam has breached out of all odds and emerged as the highest profit yield by a Tamil film in the state of Tamil Nadu. The TN distributors of the film, KJR Studios tweeted that Viswasam is the Biggest Blockbuster in TN without revealing any numbers and also asked to visit their office if anyone has queries about the collections.

Viswasam grossed more than 125 crores (approx) after halfway through the 4th week of release. The TN share amount is expected to cross 70 crores with a profit of over 16 crores making it the highest profit for any film in TN after only behind Baahubali 2. Viswasam apparently became the highest grossing film in Thala Ajith's career crossing 170 crores Worldwide.

The film is expected to be closing around 180 crores for the Tamil version alone while the rest depends on the Telugu and Kannada version releasing by Feb 21/22 in Andhra Pradesh/Telangana and Karnataka. Except for the US and Kerala markets, all other stakeholders enjoyed high profits for this Ajith film and the Siva - Ajith combo has regained their strength after the downfall of Vivegam.

Updated collections, TN theatrical collections, overseas collections - you have been asking us a million questions. We have one single answer to it all - #Viswasam IS THE BIGGEST BLOCKBUSTER IN TAMIL CINEMA! This victory is not just ours, itâ€™s YOURS! pic.twitter.com/SY4kxVWefP