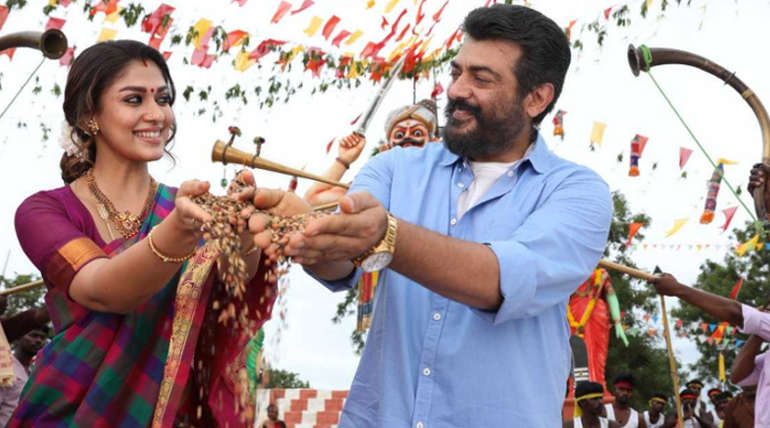 Ajith Kumar and Nayanthara in Viswasam

Though Thala Ajith Kumar's Viswasam and Superstar Rajinikanth's Petta leaked online in pirated site, the movies are well performing in the box office. This is the major victory against the illegal release of the movie. From the day one, Viswasam is on in box office and with good reviews. The total box office collection in one day is estimated as 30 crores in INR all over the world.

The movie Petta and Viswasam slated at the right time as the public has a week long holiday. As per box office analysis, Petta will do good business throughout the week. The online ticket reservation on the theaters for the movie proves so.

The piracy sites like Tamilrockers leaked the movie soon after its theatrical release shocked the whole industry. Though many steps taken to prevent those illegal act of copying, sharing of the movie, still its continuing for all the regional movies. The crowd before the theaters would be for the whole week is a good sign for the progress of the movie industry and the standard.