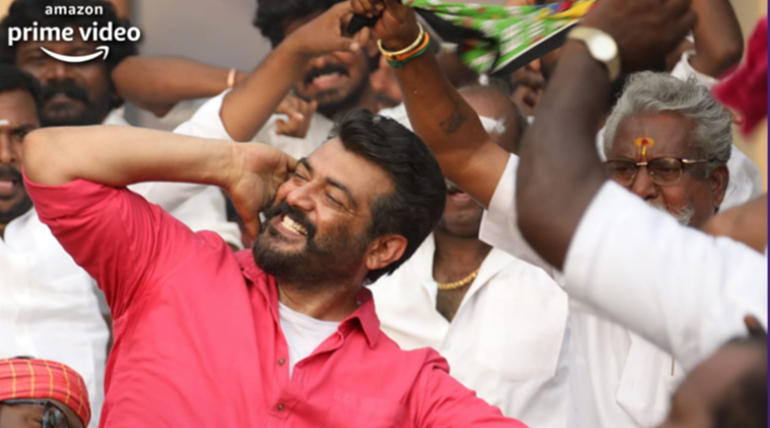 Now the Ajith starrer Viswasam surpassed the Ram Charan starrer Rangasthalam to gain the top spot. Followed by Viswasam and Rangasthalam, KGF and Arjun Reddy took the next two spots in the top streamed films on the release day in Amazon Prime Video. After ruling the box office, the Ajith - Siva is taking over the online platform by storm letting no stones unturned.

Viswasam is crossing 50 days at the box office and still running in more than 125 screens in the home state Tamil Nadu. Meanwhile, fans are celebrating the 50th-day feat in many theaters across various centers. The Telugu and Kannada versions are set to release this weekend in AP/TG and Karnataka on March 1 with a good screen count and promising reports.