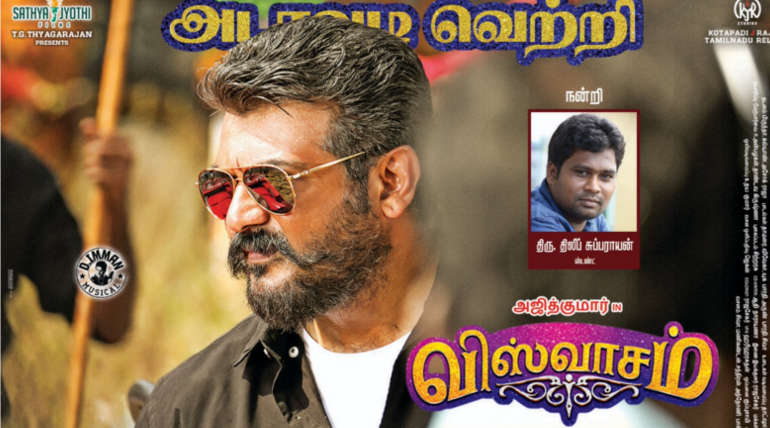 The latest record maker of TN box office Viswasam is going on full force towards the glory as the 25th-day performance of the film in TN was said to be extraordinary. Being a Sunday, the film grossed more than 2 crores in the state on the 25th day of its release. This kind of record has done only by Baahubali 2 in TN as it did 2+ crores on the 24th day of release.

The dubbed release of Baahubali sequel grossed more than 150 crores totally in the state of TN and holds the record of the highest collecting film in the state at full run. The record was expected to be broken by the Rajinikanth starrer 2 Point 0 while the Tamil biggie didn't even cross the Mersal gross in TN. Right now the order of top-grossing films in TN is like BB2, Mersal, and Viswasam stands at the third spot.

The film neared 120 crores at the end of 25 days and going strong at the box office. Families are thronging to theaters as even the new releases can't stop the film and many screens are holding Viswasam without preferring about changing to newly released films. The movie is expected to zoom past Mersal record by the end of this week as it is already the top-grossing Kollywood film in TN. It is already Thala Ajith's highest grossing film worldwide with nearly 170 crores so far.