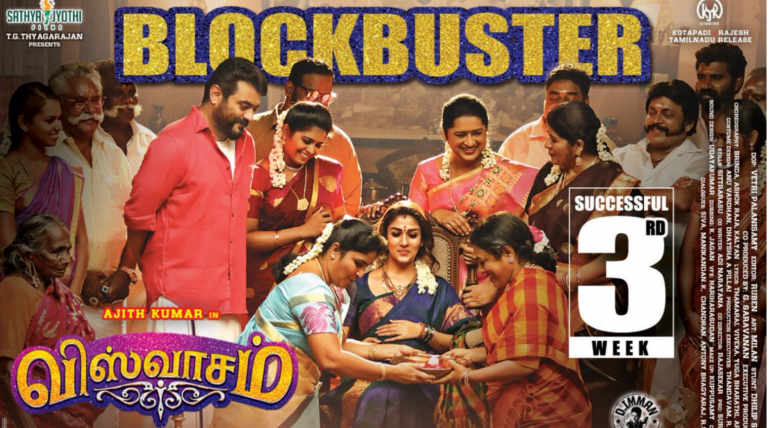 The family entertainer Viswasam is ruling the theaters across Tamil Nadu even after two weeks of release and the film just entered the 150 Cr club as the first time for Thala Ajith emerging as the career best for the actor. The film reportedly crossed 150 Crores worldwide before the end of 3rd weekend itself and the film collected more than 100 crores in domestic TN market which is a commanding feat in such a clash.

The Pongal biggie is dominating the TN box office since release and the other biggie Petta is dominating other outer markets and Chennai City BO so far. Both the actors have a huge market in Tamil Nadu and the clash hasn't affected the box office performance a bit as both films emerged successful in the competitive markets.

Viswasam has also crossed breakeven in all overseas territories except USA where the film is siting a minor loss of around $25k. Overseas and the Karnataka verdicts have got the hit status while the Kerala and ROI market reception was poor. In Tamil Nadu, the movie is clearly a blockbuster giving profits to all people involved in the business.