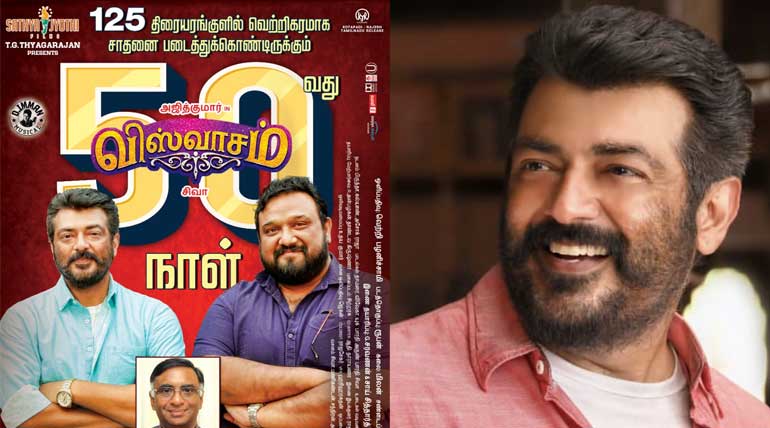 Thala Ajith's box office sensation Viswasam is entering its 50th day after a grand reception at the box office. The movie released on Pongal day and had a blockbuster run everywhere despite clashing with another blockbuster biggie Petta starring Rajinikanth. Both the films performed well at the worldwide box office and emerged successful in all centers.

Ajith - Siva's fourth collaborative film emerged as the most successful of recent times at the box office with a record 130+ crores in TN box office and good collections all over the world. It collected about 38 crores (approx) in the overseas box office and 10 crores in Karnataka with its' Tamil version. The film incurred some loss for the investors at Kerala and the US market.

It is still running in about 125 screens in Tamil Nadu with the strong performance at B and C centers. Fans have planned for big bang celebrations for the 50th day at various theaters across TN and the 50th-day gross is expected to bring in a crore with houseful celebration shows in the evening. The film released in Amazon Prime and made record streams on Day 1 for South-Indian films.