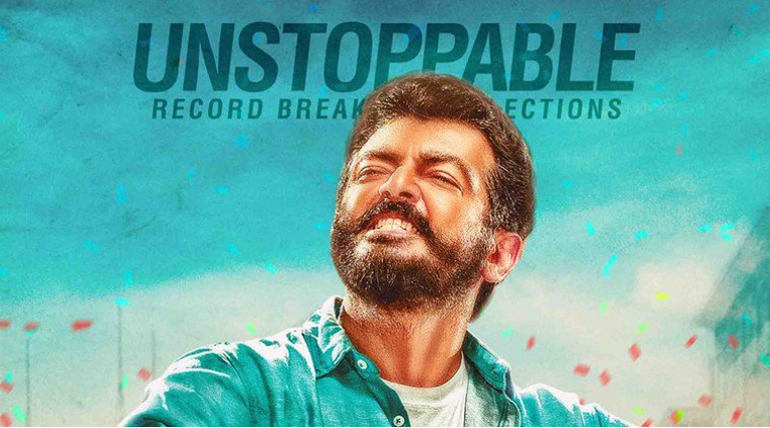 Viswasam is a Tamil language family entertainer film written and directed by Siva featuring Ajith Kumar and Nayanthara in lead roles. The film is Produced by Sathya Jyothi Films and the Tamil version released on 10 January 2019 clashing with another biggie Petta starring Rajinikanth. Despite clash, the film got a great opening reception with positive word of mouth in continuous festival holidays.

Now the Kannada version of the film is getting ready for release and dubbing works have started already. The Kannada title of the film is confirmed as Jaga Malla reportedly and will is expected to have a theatrical release soon in an estimated month of time. The actor's previous film Vivegam which tanked at the box office with negative reviews became successful in Kannada dubbed version, Commando with a small margin business.

Now after the rural drama, Viswasam covered every audience with its high emotional and action content, the film is next set to amaze the Kannada and also Telugu audience which is yet to start its dubbing process. Ajith with a low market outside TN, the star is extending boundaries with his recent films and one universal content will give a huge uplift to the star.