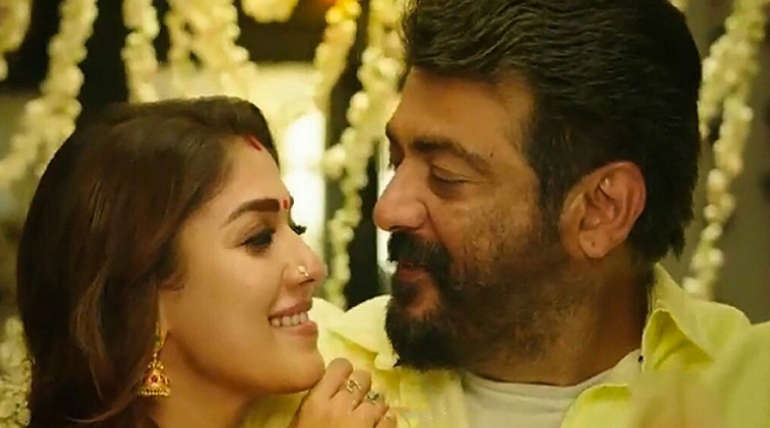 In South Zone of Tamil Nadu, Viswasam will share the screens along with Petta as both movies seem to be based on Madurai and the online booking didn't start so far. The full online reservation is expected to start from tomorrow in full swing.

There is a huge expectation for the movie as last year there was no movie release for Ajith Kumar. And also though the last film in the Ajith-Siva combination was not that much successful, the fans are eagerly waiting from the day when Viswasam trailer arrived. Currently, Ajith fans are enjoying Viswasam trailer dialogues and songs.

In the Madurai, Tirunelveli territories, Viswasam and Petta will be sharing the equal quota of shows in all the important screens and centers.