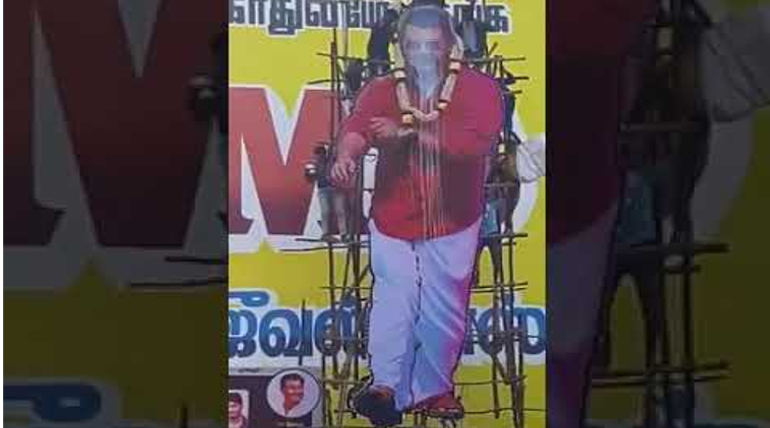 Viswasam is rocking the theaters across the state as Thala fans are on full rage mode since the release of their favorite star's film. The clash of the film with Petta made fans more aggressive in their celebrations competing with other fans. This tuned to a gory accident in a place as a cutout of Ajith fell down when fans were standing on it.

Fans always do milk bath for their stars cutout and banners usually during the film release. This has always been requested to be avoided for fans as the fan workship going to such extremes lead to this kind of accidents causing danger to the fans.

The video shows 7 - 9 fans standing on the cutout and pouring milk on the star's picture meanwhile the cutout falls along with fans who got severe injuries. They were treated in the near-by Government hospital and no other information was disclosed. The incident happened in a theater in thirukoilur and set a sample for what happens when celebrations go over the top.