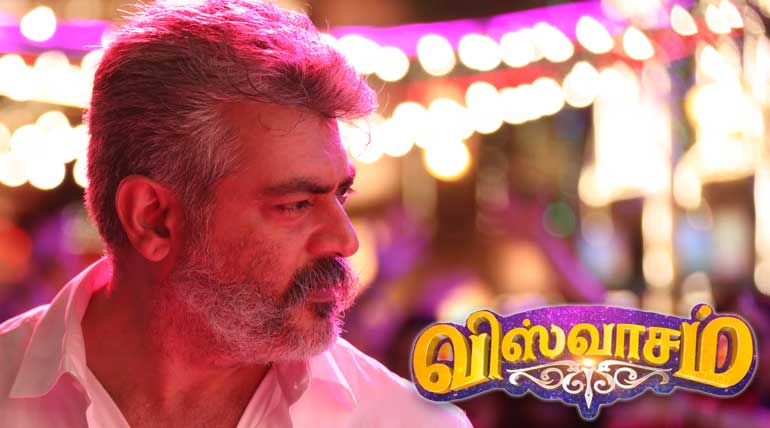 Ajith's upcoming biggie Viswasam has a week of time to release and the ticket bookings have started in few areas. While the US premiere timing and ticket rates have been announced recently, the film will open a little early for the overseas audience. After Chennai, the online bookings for the film have also been started in Coimbatore, one of the biggest markets in the state.

APA Cinemas of Coimbatore has started the booking for the film, click here to book tickets for Viswasam through Bookmyshow in APA and other Coimbatore Theaters. Archana, Central, Carnatic, Yamuna, Kumaran, Saradha, KG complex, Cinepolis, Brooks, Inox Theaters have confirmed the film so far in Coimbatore and bookings may start at any time with few more screens to be added.

The film marks the fourth collaboration of director Siva and Thala Ajith after Veeram, Vedalam, and Vivegam. The first two films are successful ventures which satisfied fans and audience with a great appeal among the masses. While the later film failed to meet the expectations, now the V-combo is looked forward to compensating with a mass entertainer for everyone.

The film is sharing a good screen count comparing to the Superstar film Petta. Viswasam was the first biggie to announce the release date and have managed to acquire a good amount of screens in TN. Here is the link for booking tickets at Senthil Kumaran theatres Booking, Coimbatore. Also visit TicketNew for bookings at other theatres.