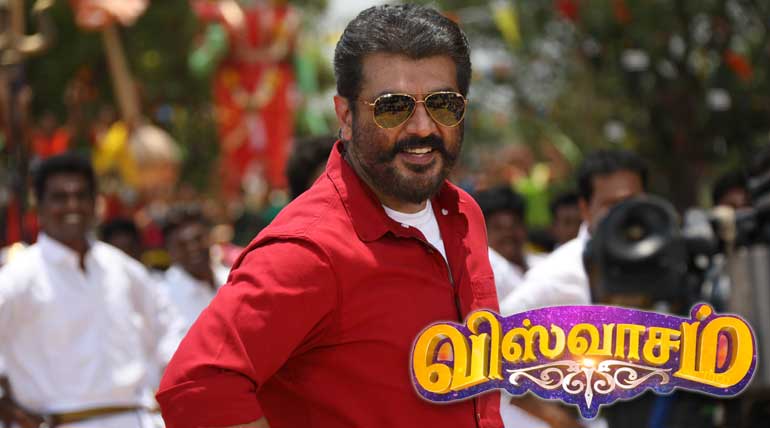 One of the two biggies of Pongal, Viswasam is making a silent sensation at Kollywood as the hype gets bigger with each passing minute. The theater bookings for Petta and Viswasam is the top topic of Tamil cinema right now as both the films are running around in getting the maximum number of screens and shows in multiplexes.

It is known that the film Viswasam is censored with U-certificate and now the censor certificate of the film is doing rounds on the Internet. The certificate showed a run time of 152.34 minutes without any cuts and certified U. The film is getting ready for 10th January release and ticket reservations were already started in few centers. 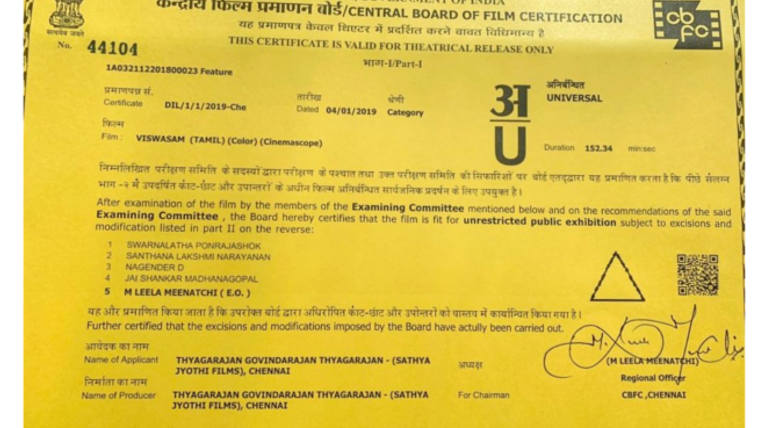 Hot news is that the movie is being planned for screenings at 1 am as the first-day first show in Tamil Nadu. Last time Sarkar had a few such fans show by 1 am in some areas and if Viswasam gets the chance for 1 am show, it will be a huge festival for Thala Ajith fans before Pongal. Chennai Rohini theater has already announced that they are planning for 1 am show and will about it soon.

Along with Chennai and Chengalpet theaters, Coimbatore, Salen, Madurai, and TT area theaters is also expected to play early shows. Fans are waiting for official confirmation from the theaters regarding the FDFD show time and it will moreover be confirmed by this weekend.