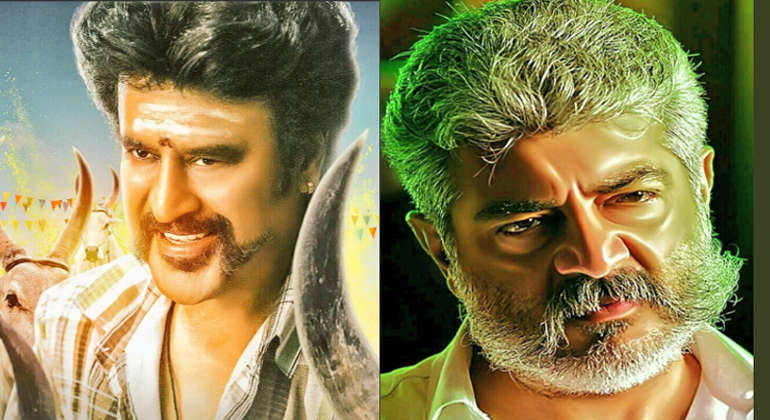 Mostly in Tamilnadu, both Petta, and Viswasam equally sharing the screens. The official posters, teasers, and trailers for both movie released and each of the songs from both the film has been composed to be a mass. The last few days ago, the trailer was released and the dialogues in both movies become trends in social media. Many cinematic celebrities have commented and wishing to become a blockbuster.

In this situation, Viswasam, the most expecting movie from  Thala Ajith produced by Sathya Jyothi Films. Thala Ajith has acted in the film as ThookuDurai in the lead role. Lady Superstar  Nayanthara is acting as a Heroine. Yogi Babu, Robo Shankar, and Thambi Ramayya are among the cast in the movie. Iman has composed music for this film.

Since Ajith has not acted in the film last year, fans are waiting for the release of the film. However, there is a problem in the box office and the collection of the box office, as Vishvasam and Petta are releasing at the same time.

In this situation, Viswasam is waiting for permission to release the film earlier. Vishwasam's film is going to be released on January 10th morning at 1 AM. After that, Petta will be released as usual at 4 AM.