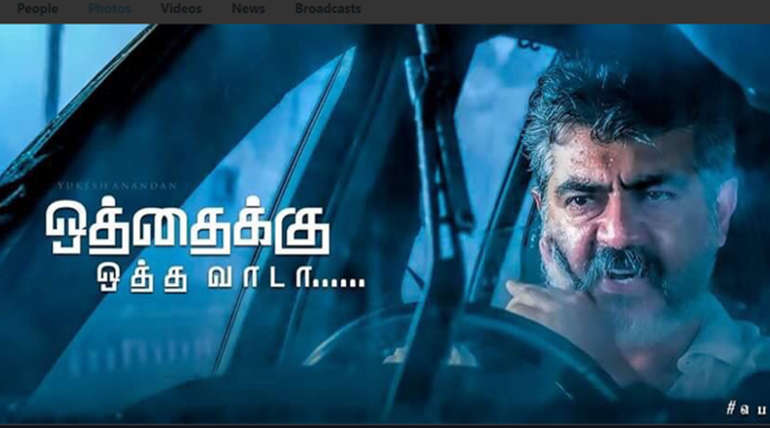 Viswasam film released worldwide today. In a special show held in a Chennai theatre this morning, the film director Siva, Cinematographer, actor Arun Vijay, and Ajith's next movie producer Boney Kapoor watched and praised the movie. Vishwamam is released after one year, the release of the film in August 2017. Ajith fans are celebrating the festival before the theaters.

Ajith fans and audience praised the movie after watching the morning special show. It is a family sentiment entertainer totally emotional packed. One of the Audience praised, "Viswasam is the best of Thala Ajith performance in recent times. Thala is back with full on positive energy on screen. Imman, composer BGM and Vetri visuals cinematography carry the film. Pakka mass emotional family entertainer from the team. Best of the 4 films in this combo".

Another Tweet "A sentimental & Emotional film. Screenplay and dialogues r very good. #ThalaAjith Sir introduction, The interval block fight scene, comedy, romance..", "Trending No.2 in Malaysia. Viswasam", "Viswasam will be a sure shot hit movie Watched Viswasam FDFS". The climax of the movie is well appreciated by all as it seems to be ended with a highly emotional pitch.

After 19 years my parents are entering theater #Viswasam today 7PM show. After my FDFS experience i am sure they are ready to witness a complete satisfying movie today and come out wit happiness and feel they entered into a right movie after 19years of wait @directorsiva ðŸŽ‰ðŸŽ‰ðŸ™ pic.twitter.com/mrhmUi06Jv