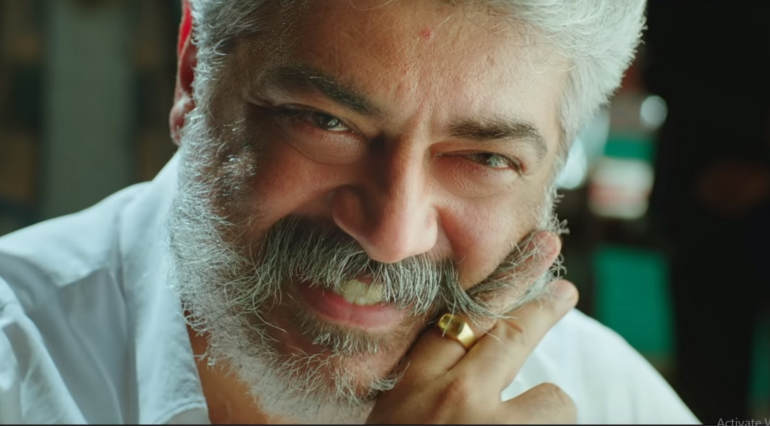 Sankranti released Tamil Blockbuster movie Viswasam starring Ajith Kumar, Nayanthara is releasing in Telugu on March 1st and the Telugu Trailer has been released on YouTube. The action-packed trailer is released by Sathya Jyothi films in their YouTube channel and the created a buzz among Telugu audience after great response in Tamil.

Ajith- Siva's first outing Veeram was remade in Telugu as Kattamarayudu and Siva's first film Siruthai itself is a remake of Telugu film starring Ravi Teja. Hence the p[oupalrity in Telugu states is all set for a grand launch in Andhra and Telangana. The film already collected nearly 180 cr worldwide and the Kannada and Telugu versions will add more to the film.

The movie is had a sensational run at the box office and is widely liked by fans and family audience for the mass rural content. The movie emerged as first 100 crore movie in Tamil Nadu for Ajith and got a blockbuster tag after collected about 130 in TN so far. Kannada version Jaga Malla is also expected to release on the same day of Telugu release.