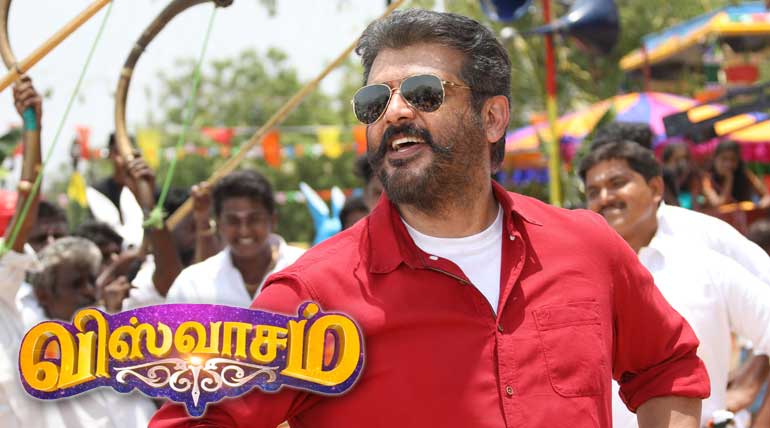 Tirunelveli - Kanyakumari region has always been a fort for Thala Ajith as his films do big in these regions. After a dull performing film Vivegam, Viswasam has managed to get a huge number of screens in those areas with the same combo. The bookings are all on flow for the film so far, as it has already sold out shows in Ram Cinemas for the first day with three days prior to release.

The final theater list reveals neck to neck competition between the films Petta and Viswasam while the bookings are a bit higher than that of Petta for the Ajith film. Fans are all on a roll to make their star's film bigger than the other which is evident through the bookings.

Check out the screen list for Viswasam in the below tweet and click on the link given here to book seats for Viswasam in Bookmyshow and Ticketnew. The film is getting ready for January 10 release and has a solid 7-day holiday window for a strong performance at the box office.

#Viswasam all set to make a strong mark in the south as it captures majority of the single screens in the MR and TK region. Here is the complete theatre list in both the regions. Jan 10th release.#ThalaAjith @tn_ajith pic.twitter.com/OSPXCGDQLn