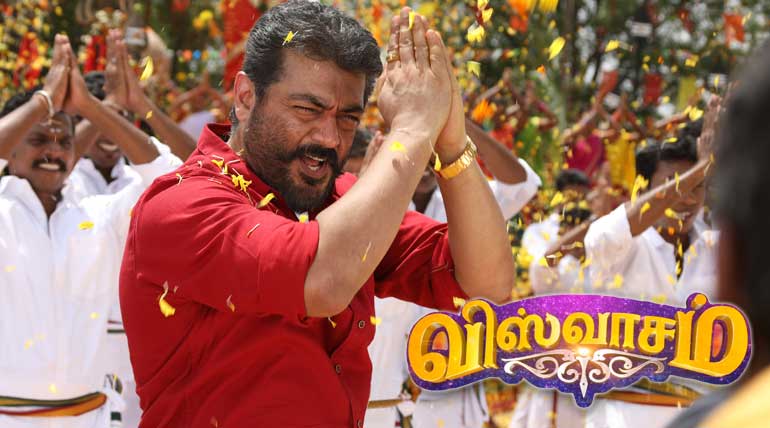 Thala Ajith's Pongal release Viswasam is on the trend list for the week and without even a single video glimpse of the film gets released. Fans are eagerly looking for the day of release now more than waiting for the teaser, as it is just less than two weeks for release and bookings have started in few centers. When the news was speculated that the teaser of the film will release for New Year night, the latest update is that the team has readied a trailer and not a teaser for Viswasam.

A long trailer of the film is ready as per sources and a snap from the editing table is circulating on Twitter after editor Praveen KL tweeted about the announcement. When the teaser of the film was said to be released then and now, finally fans have got an exact date to wait for the trailer. It is New Year day when people can expect the trailer to drop on the internet.

The film has got its official release date as January 10, 2019, and clashing with Superstar Rajinikanth's Petta Movie. Petta has got its trailer and everything released and having a great hype around the film. Now a trailer from Thala camp will fuel the race even more with just a few days for the biggest clash of recent times. Both the films are censored and ready to hit screens for the Pongal festival while 2 more days away to get the first glimpse from Viswasam.