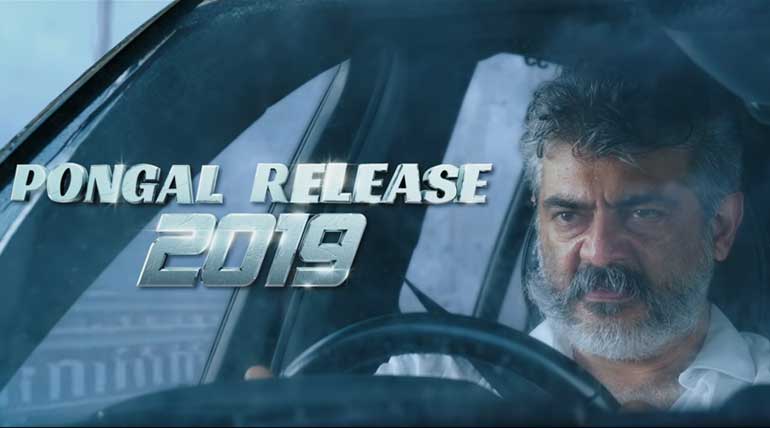 Thala Ajith's long awaited Viswasam Trailer is finally out and the star is back in a mass rural role as Thookudurai. Siruthai Siva in his fourth collaboration with Thala is cooking a mass masala movie to cater fans and audience as per various interviews by the team.

It is just about 10 days priori to the film release the team gave a surprise to fans by suddenly releasing the trailer. Fans were worried about the long delay without any updates and finally the team is here assuring a pakka mass entertainer on the way.

The movie is clashing with Superstar Rajinikanth's much awaited Petta and Kollywood is ready to see the biggest clash of the decade. Both films are releasing on January 10, 2019 and will Kickstart the year with a bang.