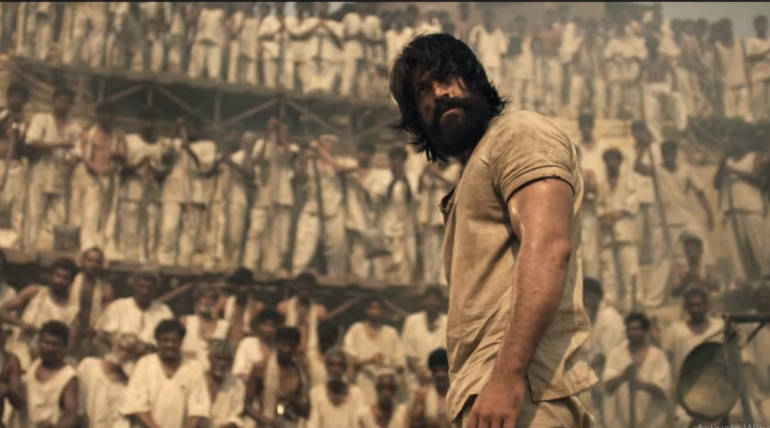 The Kannada blockbuster KGF which released for Christmas 2018 and emerged as a sensational film all over India. The movie had a dubbed release in Tamil, Telugu, and Hindi. After the sensational Telugu - Tamil bilingual movie Baahubali, Indian cinema has opened the gates for providing the Pan Indian success taste apart from Bollywood films too.

The movie crossed over 250 crores in 40 days and still unbeatable in the box office. This historical blockbuster for a Kannada movie is the first time the region is seeing their cinema get a spotlight among Indian cinema. KGF: Chapter 1 became the first Kannada film to release in neighboring country Pakistan and was received well among the audience over there.

While the movie got leaked in piracy websites like Tamilrockers it performed well in the box office and showing a strong run even now in many regions heading towards 50 days mark. The Amazon prime video has finally announced that official release of KGF chapter one in their streaming site after a long wait. Fans were eagerly waiting for the release of the film online officially.

On February 3, the Amazon Prime India account in Twitter tweeted that they will release the movie KGF in their streaming site if they get 5000 RT's for that tweet. Fans showed their interest by making it reach the mentioned Rt's in minutes and the handle managed to announce the release date of the film after an online riot by fans. The film is releasing on February 05, 2019 in the platform in all major Indian languages Kannada, Hindi, Tamil, Telugu, and Malayalam.