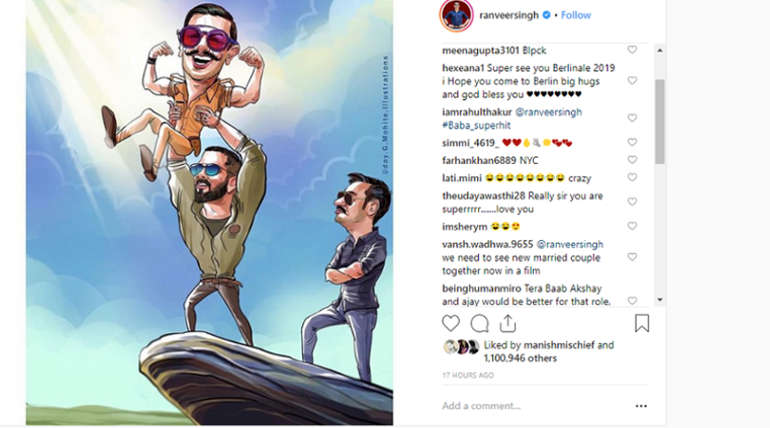 Bollywood star Ranveer Singh is known for doing stormy things among the public. In the year 2014, he did dance at the beach, on the road when actor Hrithik Roshan challenged him to do so. Ranveer went to Hrithik's film Krrish, in between he getup and went into the center of the theatre and danced in front of the public. In between the dance, he held a meeting in front of the public. But in that video, maybe the excitement was too low. At the end of the video, Ranveer threw away his mask and then ran away to the car. In such a short time, there was a huge crowd gathered.

Ranveer Singh's film, Simmba, is released on December 28, Ranveer has promoted the film once again in his familiar style. He climbed to the roof of a famous theater in Mumbai and from there he addressed the fans. Another video of Ranveer is getting viral on social media in which he is watching the reaction of the people inside the theatre.

In fact, Ranveer got inside the theater secretly and waited for the fans reaction. Actually, he wanted to know the reaction of the fans for their performance. In the video, Ranveer is wearing a black hoodie and black glasses. Two people are escorted with him, maybe they are probably the employees of the theater.

On another side, tweets are ready to troll the movie.

Me and my friends Searching for Ranveer singh pic.twitter.com/qrTe16Cqg0