Here is Why Vijay Devarakonda Said No to Bollywood Film 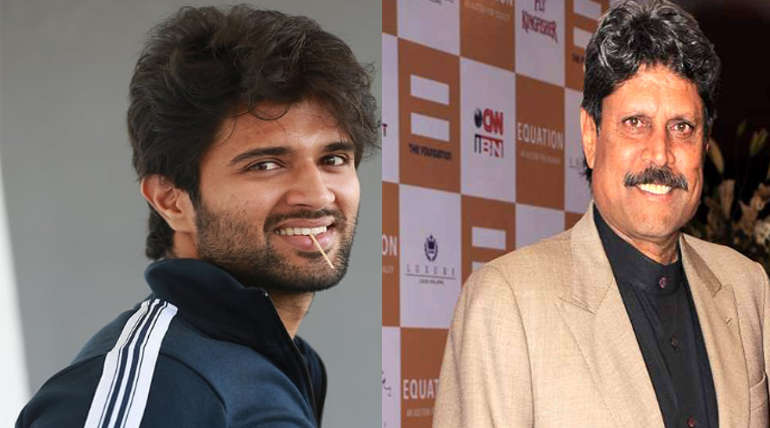 Tollywood Sensational Star Vijay Devarakonda is busy working on expanding his market nowadays. After Arjun Reddy, Geeta Govindam, along with Taxiwala, was also in Tamil with Nota, the news is being heard in the media as he is going to make an entry in Bollywood as well. Arjun Reddy's film is being remade in Bollywood and Vijay got good craze there.

Bollywood media has said that the film will be produced by Boney Kapoor and Karan Johar will introduce Vijay. However, Vijay's entry into Bollywood is through the latest '83' movie. The film '83' produced by Kabir Khan based on the 1983 Cricket World Cup. Ranveer Singh will be seen in the role of Kapil Dev and Vijay Devarakonda, South Indian cricketer has heard that will play the role of Krishnamachari Srikanth. The news is that he will appear in the film as a guest role.

According to the information, Vijay has no plans to come up with the idea of a hero in Bollywood. Vijay's assertion is that his appearance shall be in a massive film. It is confusing that whether he does not want to go Bollywood with such small characters as he needs an introduction as a mass hero. It is an unexpected shock for fans who are happy to see Vijay in Bollywood debut. Now Vijay is busy shooting for 'Dear comrade'. Recently during the shooting of this movie, Vijay's hand injured after slipping on the running train when an action scene was shot.

Here is Why Vijay Devarakonda Said No to Bollywood Film