Will Both Petta and Viswasam Start the Year with Much Needed Biggie Hits? WW Box Office Status 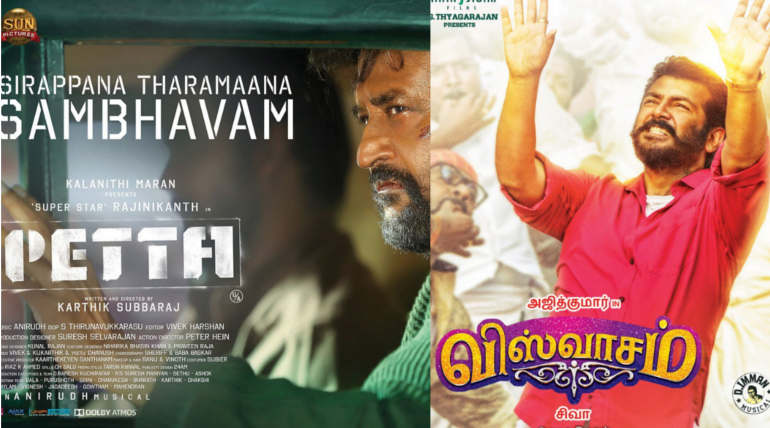 The current box office trends of the Pongal biggies Viswasam and Petta are showing a strong hold on booking allover TN, Trade circle predict both to end up as a hits at the end of its run and depending on the Pongal holidays collection, it will be declared how big the success will be, for both the films.

After a long time, two ultra biggies released on the same day and both the stars have a huge market across the globe. The fan base of the actors was evident when both the films opened with huge numbers at the box office and with good wom, running well in the theaters.

Last year all the biggies ended up as failures and this year the biggies kickstarting the year with a bang on success is a good sign for the industry in the coming days. 2018 was filled with small and medium budget films which satisfied the audience and this time Thala Ajith and Superstar Rajini establish their stronghold with superhit success coming their way.

Siva and Karthik Subbaraj worked on their strengths and used the stars at their best in respective films. The films are expected to breach 100 crores in the domestic markets by the end of the Pongal festival weekend and it will be an incredible feat if this happens in such a clash.

Will Both Petta and Viswasam Start the Year with Much Needed Biggie Hits? WW Box Office Status