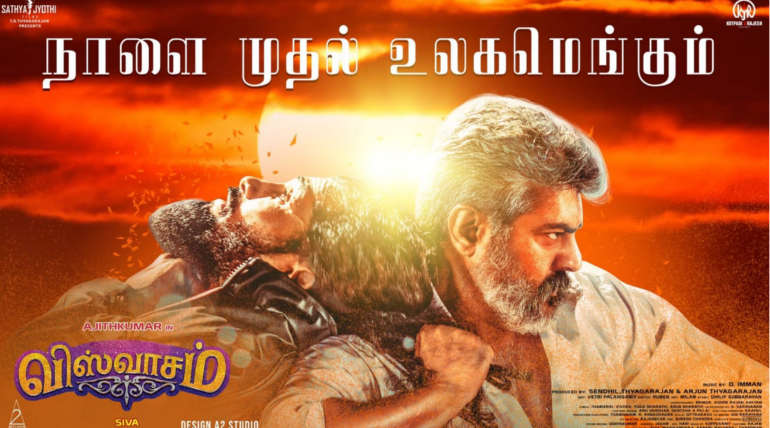 While the court order has strictly ordered for a ban on sites leaking the Pongal biggie Viswasam online, it is awaited that whether the famous piracy site Tamilrockers will release the movie or not. The site is not sparing a single movie of any language from leaking on the release day or a day after.

The site leaked NTR Kathanaayakadu which released on Thursday on the release day itself. The fear is on for Thala Ajith film now as a first-day leak online would widely affect the film's box office performance. As it is clashing with another biggie Petta, it is a danger for both the films as piracy would dent the revenue.

Viswasam is getting ready for a grand celebration from the pre-night itself as fans are ready to celebrate the entry of their favorite star for the Pongal festival. Shows are starting from 1 am in Tamil Nadu and the overseas premieres are starting from Wednesday night. Hence it'll be a concern for the team to protect the film from online piracy.