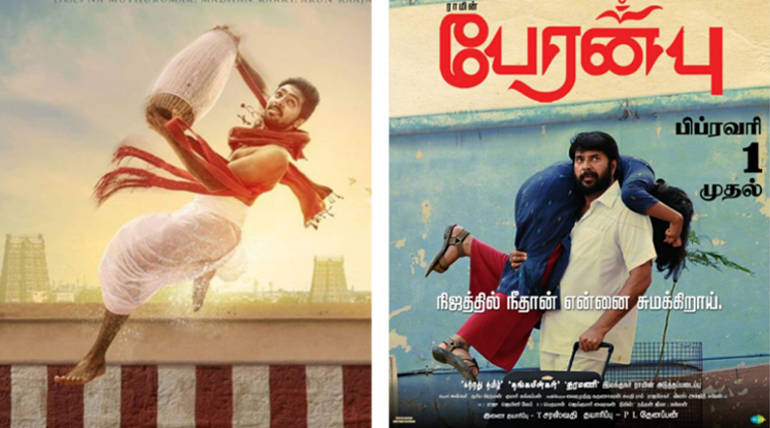 GV Prakash starrer Sarvam Thaalamayam is releasing in Worldwide this weekend while the film has more barriers including clashing big films, lack of theater availability and piracy on the other hand. So is the situation for Ram directorial film Peranbu starring Megastar Mammootty. The films have created quite a vibes with a promising factor.

The early premiere reviews are great for Sarvam Thaalamayam while Peranbu has a terrific value from the festivals and early press shows held in Chennai. The biggie Vantha Rajavathaan Varuven starring STR directed by Sundar C is the first preference for theaters and audience as the commercial content has a pull among masses.

Both Peranbu and STM are getting a decent show count in the plexes while most of the single screens available apart from the ones' holding Petta or Viswasam prefer the STR's VRV film. While the other two films has assured a strong impression with its' content, the film VRV is looked forward to knowing the feedback and we have to wait and see if connects the audience and all the films taste success despite the piracy factor posted by Tamilrockers.