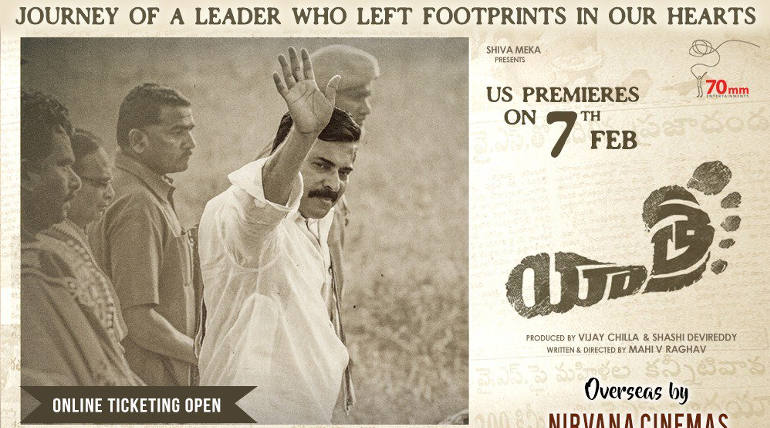 Mammootty starrer Telugu film Yatra is releasing this weekend and the film is gearing up to release worldwide in a huge number of screens. The ticket bookings are going on a full swing while overseas premieres are set to take place in the US by Thursday night. YSR fans and Mammootty fans are eagerly waiting for the film as it is releasing with high stakes in Telugu states and the US.

The US premiere sales are picking up and heading towards a good premiere box office number and the Telugu states booking are picking up slowly. Actor Mammootty is coming back to Tollywood after two decades and it was 1998 when he acted in his last Telugu film Railway Coolie. The star has pan-Indian popularity in South India and has got three National awards so far.

Yatra completely relies on the word of mouth as the popularity of the film has not much for such a big biopic. Fans of the leader Y.S.Rajasekhara Reddy are keen on the film as a fan in the US purchased a special premiere ticket in the auction for 4 Lakh INR. The first set of reviews are expected soon after the premieres and Kerala fans of Mammootty are also waiting to celebrate the Telugu film in their state.