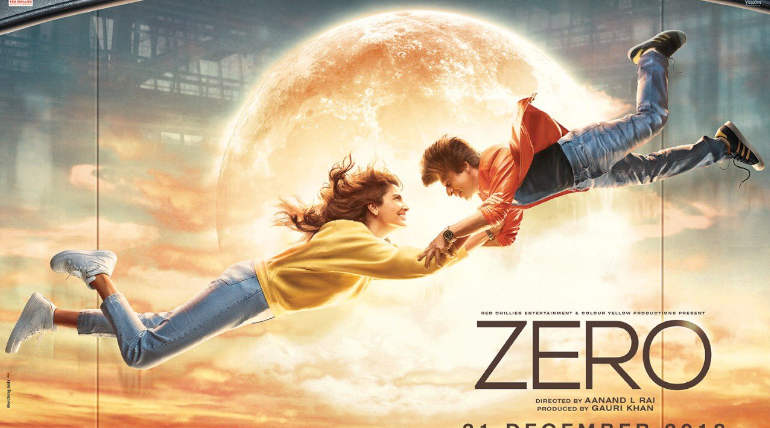 Shah Rukh Khan and Anand L Rai's much-awaited rom-com entertainer film Zero released today amidst of a lot of pressure and dramas. The film is clashing with Kannada dubbed film KGF and got a huge screen count all over the world despite various problems. The films are set to get a gigantic opening globally and SRK plays a dwarf character as Bauua Singh. Read more to see whether the duo has delivered the promised content from the trailer.

The movie is receiving a mixed response from audience and critics while most of the reviews are generally negative for the film. The Anand Rai's expected to be a masterpiece film seem to have ended up as just another passing film with a weak script packed with powerful performances from the leads especially by the Bollywood Badshah who seamlessly make the audience go awe for him. Below is some live response from the audience in critics from social media.

The emotional and romance portion of the film is said to have worked out, but it seems to have had less connect with the audience due to a dull storyline going by the responses so far.

The movie was expected to be a breakthrough for Shah Rukh Khan after a series of failures with his attempts, but it is up to the audience connect with the film from here on. Though, it might not be a gamechanger for SRK in terms of box office in the current scenario.

While both the other superstar actors' films failed to impress this year, the last biggie of 2018 doesn't make much change to the stature.

Just done watching #Zero ,
After a long time gathered some interest to watch an Srk starrer but the end result is same.
Wasted my 200 bucks. So dull movie.
Makes complete sense why Salman left the movie#ZeroReview

#ZeroReview BAUAAAA finishes off in style. A magnificent strike into the theaters. @iamsrk SRK lifts the cinematic experience after 28 years and it's the SHAHRUKH KHAN who has been absolutely magnificent in the movie.

#Zero is a film for @iamsrk @aanandlrai @AnushkaSharma and #KatrinaKaif fans. Romance, emotion, performances and glamour in equal measure. Thanks for the entertainment. #ZeroReview #ZeroDay @cypplOfficial @RedChilliesEnt pic.twitter.com/FJ73czMk9s