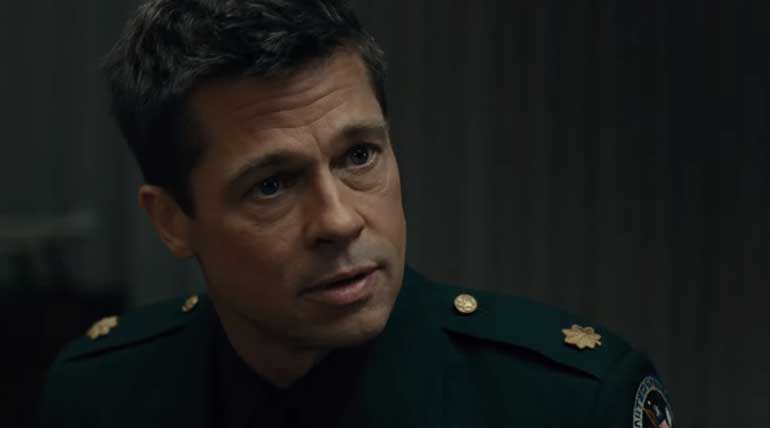 The first trailer for Brad Pittâ€™s Ad Astra, a scientific-fiction thriller has released by 20th Century Fox. The movie scheduled to hit the theatre on September 20th, 2019. Ad Astra Movie Trailer shows Brad Pitt as an astronaut who helps to save the Earth. His father role is played by Tommy Lee Jones who has been going research and experiments in space. In the trailer, Pitt says, â€œAll Life could be destroyed. We are counting on you to find out what is happening out thereâ€.

The movie directed by James Gray as the filmâ€™s official site says,â€Astronaut Roy McBride (the role played by Brad Pitt) travels to the outer edges of our solar system to search his missing father (Played by Tommy Lee Jones) and unravel a mystery truth that threatens the survival of our planet Earth.â€ His journey in the space will uncover secrets that challenge the nature of human existence and our place in the cosmos. Ad Astra Movie Trailer explained in the nutshell.

Brad Pittâ€™s Plan B production company produced this film and the film was written by Gray and Ethan Gross. The writer told about the science fiction movie as the genre, science-fiction is so tricky because the fantasy elements usually involved in it and there in the movie there also fantastical elements. The director of the movie also conveyed that space is awfully hostile to the crew. Ad Astra Movie Trailer which has released becomes a trend in social networks. The director mentioned that it is going be one of the realist space depiction movie released so far.