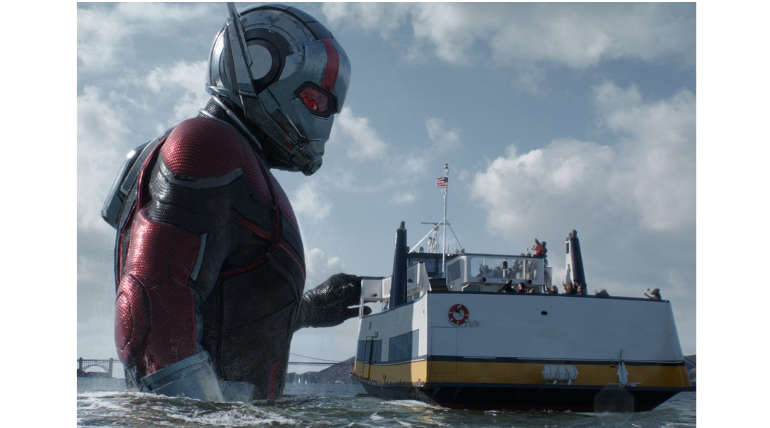 After the Mammoth hit of Avengers Infinity War, Marvel Cinematic Universe is back with their next venture Ant-man and the Wasp (the sequel 2015's comical Hit Ant-Man). Directed by Peyton Reed who is the director of first part too has come up with the same amount of excitement that the prequel gave to the audience. Paul Rudd as Ant-man excelled with his comic timing and hard-hitting performance along with the Wasp played by Evangeline Lilly. Scott and Hope (Evangeline Lilly) were seen as being interested in each other at the end of 2015's Ant-man. While the sequel starts with Scott (played by Paul Rudd) who is under house arrest and Hope along with her father were hiding from the cops.

The Plot starts with the scene showing Janet and Hank Pym (the former Ant-man and Wasp) disabling a Soviet Nuclear Missile and how Janet sacrificed her life by trapping herself in the Quantum Realm to save the people. Coming to the present days, Hank and Hope Van Dyne were working on entering the Quantum Realm by the belief of retrieving their mom. The belief came when Ant-man went to Quantum Realm and returned back at the end of the first part. During the process of saving their mom, Scott who is at his home gets a glimpse of Janet in his dreams and that's where he joins with Hank and the story starts and revolves with actions and twists.

The sequel does justice to the Ant-man brand by making the audience remain hooked to the screen throughout the film.

Director Peyton Reed who directed the first part too has packaged the movie with a wholesome entertainment and factors that satisfies MCU fans. Visuals of the film are amazing with each and every scene dealing with the enlargement of smaller objects that have been handled brilliantly by the makers. Michael Peria as Luis (Scott's Pal) provokes some laughter then and there by his attitude and funny slang. As a Marvel film, the movie is sure to please the audience with its 3-D visuals and scintillating action blocks, and the plot provides all required lead to such visual bonanza.The emotional quotient with the Ghost Ava is a different treatment comparing to the previous Marvel films where the villain would be defeated by the Superhero at the end. And that's where this film stands unique by taking a different path to complete the film. Although this film lacks the presence of a deadly villain, the solid writing and screenplay make it hit the bull's eye.The End Credits scene is sure to get the curiosity of audience and drives MCU fans crazy by making an unexpected connection to the Avengers Infinity War. Rating: 3.5/5