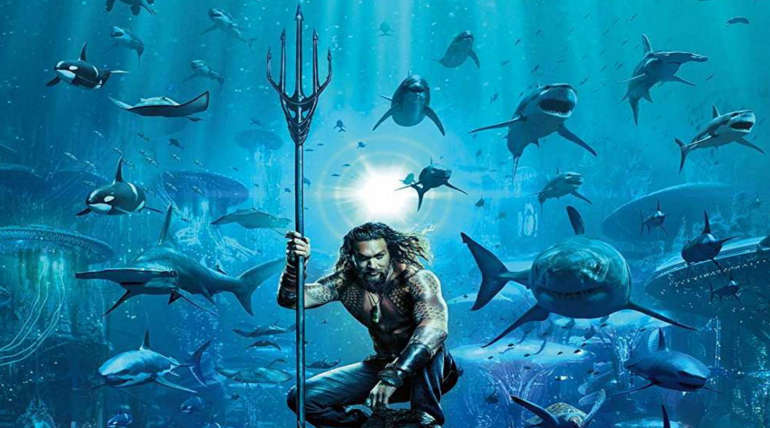 James Wan directed Aquaman which is Warner Brothers latest DC Films entry has the biggest opening in China and earned RMB 169 million that is $24.6 million in its opening day.

The movie plans to make a trend in Asian Countries to earn upwards of $80 million on its opening weekend, that is more than previous records of 2016 release Batman vs Superman: Dawn of Justice (earned $55m) and 2017 Wonder Woman (earned $37.7m). This motivated Aquaman, a chance to become highest-grossing DC film in China. The thing to mention here is the total gross of Batman vs Superman $95m, Wonder Woman $90m, Man of Steel $63m in China.

The competitor for the movie is The Grinch, 2018 American 3D computer-animated Christmas comedy film produced by Illumination which hit the screens on 14th December and Sony Picture Spider-Man: Into the Spider-Verse opening on Decemebr21, On the same day December 21, Bumblebee and Disney's Mary Poppins Return on December 19th. So it's going be a touch Competition in China for Aquaman, but its pre-release on this weekend pushes to a safer side.

Aquaman gained more response in China through media and reviews which hits about 30,500 screens. The china media praised the movie is going to be a blockbuster for its awesome visuals and technical process. Some of social media reviews, "I felt like a moviegoer in the 70s watching Star Wars for the first time," wrote one Weibo user. Wrote another user in a popular review,"He's a technical madman. After [Steven] Spielberg, [George] Lucas and [James] Cameron from now on, among the world's top technical directors, there is a Chinese one - James Wan!!!"

"Years ago, how could we have imagined that the most explosive DC movie would be Aquaman?" wrote one Weibo commenter. "I just wanted to stay in my seat and watch the film infinite times! After exams, I'll definitely have to come back to get my fill and break my record of seven viewings."