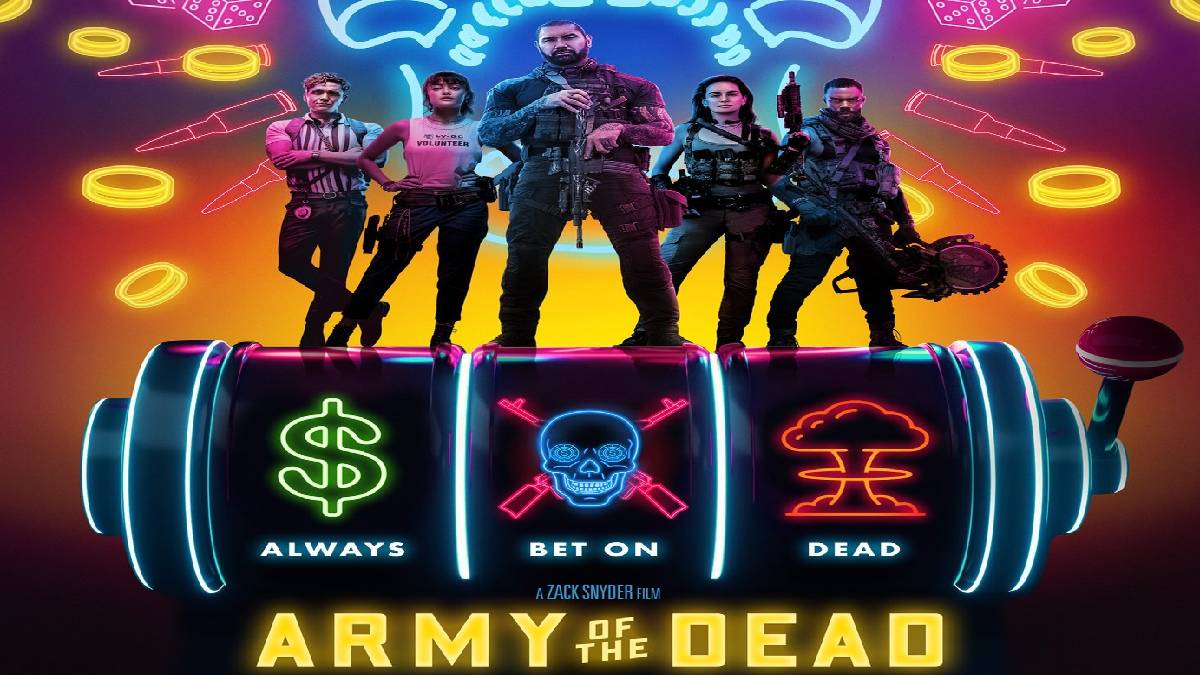 The money is thrilled with trills and action with a heroic plotline. It is about a zombie outbreak in Las Vegas. A group of soldiers takes the ultimate gamble, step into the quarantine zone to drive the massive heist ever attempted.

When it comes to the heist, logical thinking plays a significant role in crucial scenes. The direction and the storyline must lead the film with competitive knowledge.

And that is part is perfectly nailed by Zack Snyder as a director, Cinematographer, and Story writer to the film Army of the dead. Snyder has returned to the track of zombie genre after 17 years, following Dawn of the Dead.

The trailer has received a wide range of responses with 5 million views in 2 days. The teaser of the movie was released on February 25, 2021.

The trailer reveals the gist of the story as a casino boss named Bly Tanaka approaches Scott Ward, a former zombie war hero, to break into the zombie-infested quarantined zone and retrieve $200 million resting in a Las Vegas strip.

The action sequences lead further with thrills where the soldiers need to heist the enormous amount while they need to fight against the zombies.

Huma Qureshi has tweeted on her page, 'Super proud to be a small part of this genius man's vision @ZackSnyder always a fan and friend forever .'

The movie is with great expectations as it deals with heist and zombie with a unique storyline. The movie is scheduled to release on May 21, 2021.

Super proud to be a small part of this genius man’s vision @ZackSnyder always a fan and friend forever ❤️ https://t.co/Pan4QyJTBM