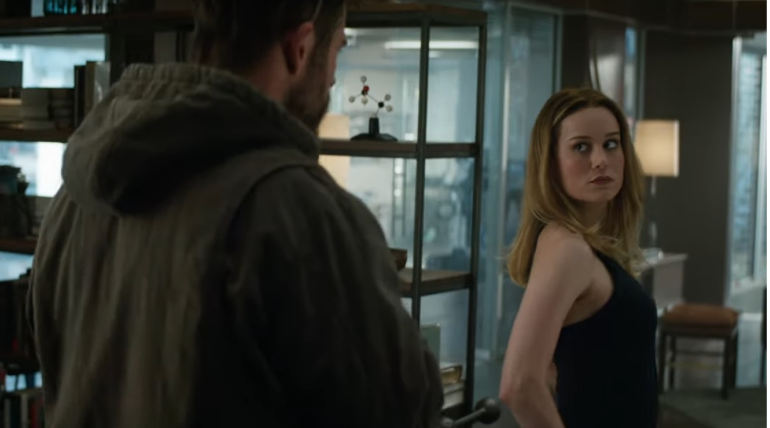 A brand new trailer of the upcoming most awaited Marvel film Avengers Endgame has been released and has a lot of surprises to offer the fans. The first trailer was a bit unrevealing and so is the new glimpse which plays on a silent note throughout the trailer. After the biggest heartbreak with Infinity War, Captain Marvel offered hope of delight to the MCU fans.

Iron Man in the space, Thor, Cap and Ant-man on the field with the Hawk-Eye in a different avatar, Endgame has quite a lot in its store. The new trailer also features Carol Danvers and reveals it through the end of the trailer having a convo with Thor. The excitement builds up for each passing day for the movie release.

Avengers: Endgame is releasing on April 26, 2019, worldwide and is expected to have the best opening at the box office for any film going by the hype and projections. While the Infinity War failed to break some of the records in Domestic and Worldwide box office, Endgame is looked forward to emerging on top seeing all the excitement around the film.