Boomerang Reviews are Out Faulty Screenplay Dilutes the Action Thriller 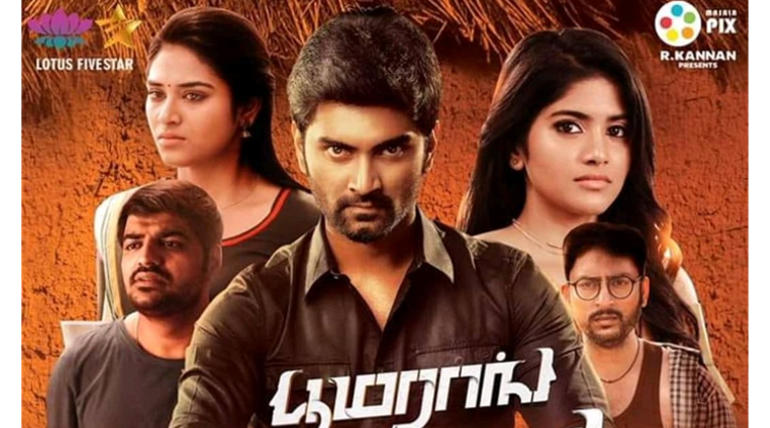 The film Boomerang starring Adharvaa released today and getting an average opening all over the state and reviews are not up to the mark for the film. The different story is the thing that stands out special for Boomerang while the screenplay and writing fall flat. Audience reports were mixed for the film and will see a low key weekend at the box office.

The movie has a beautiful message in it and sticks loyally to that message while the treatment of the film is what makes it a dull venture. Adharvaa along with RJ Balaji plays the main lead roles while Megha Akash and Indhuja lay female characters directed by Kannan.

The movie released in limited screens and the vacancy of opening day is not up to the mark. Adharvaa who is having a poor box office performance in recent times except the multi-starrer Imaikkaa Nodigal will have to wait for the upcoming projects to comeback at the box office.

Boomerang Reviews are Out Faulty Screenplay Dilutes the Action Thriller