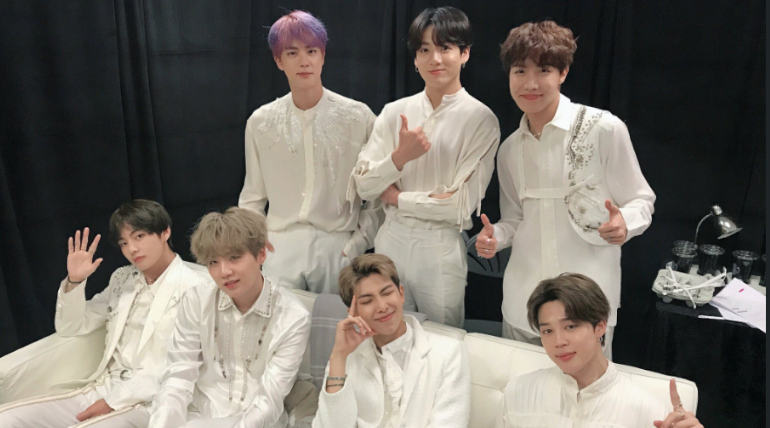 The world popular BTS (Bangtan Sonyeondan) also recognise as Bangton Boys. The group of seven members of this South Korean boy band has been invited to become Recording Academy Members. This is a leap step for the band boys as this invitation from Recording Academy to join their class of 2019 and become members. The CEO and Executive producer of Big Hit Entertainment, Bang Si-Hyuk was also invited to be a membership to the coveted Academy.

In a press release, it mentioned as the invitation is a reflection of BTSâ€˜s numerable contributions to music, as they join the ranks of other incredible music creators in the opportunity to help keep music in schools and introduce its power to young people everywhere. Bang Si-Hyuk will be joining the Recording Academy as a Professional member, which is the membership type for music executives, managers, publicists, agents, and other team members that work to support music creators. The music world tour launched by this Korean group from Europe â€œLove Yourself: Speak Yourselfâ€, now landing to Japan to complete it in this July. Though the group not nominated in any category for Golden gramophones, Grammy Awards 2019, they represent the function.

A total of 1340 new invitations which are musically potential invited to join Recording Academy. The vice president of membership and industry relations at the Recording Academy, Laura Segura Mueller said in a press meet, â€œThe 2019 music class is contains of music innovators and professionals from across various music industry. Their backgrounds and talents span many crafts, ethnicities, genres, genders, locations ages and professions. As a result of this meaningful recent changes to our membership recruitment process, the 2019 class is more representative of the modes of expression, diverse voices and excellence within world music industry, as compared to USC Annenberg data reported in the Inclusion Initiative studies released in years of 2018 and 2019.â€ The Recording Academy which is established in 1957, held its first Grammy Awards in 1959.