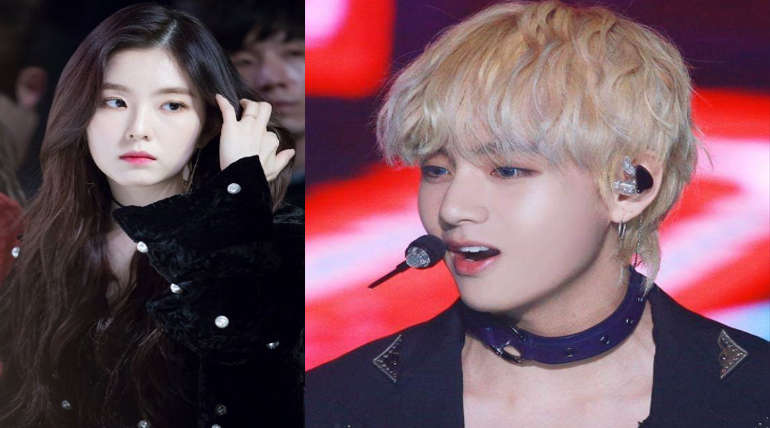 It has been found and discussed that the V of BTS (Bulletproof Boys) is featured on the cover of a popular American cartoon magazine.

A recent K-POP fan has found a surprise. It is in Marvel's popular cartoon Runaways released in July 2018.

The comic's beautiful pictures and interesting stories caught the hearts of many as soon as it was published, but this fan looked at something else. Fans found that two K-POP idols were drawn on the cover of this comic.

The two are BTS V and Red Velvet Irene. It seems to be based on the photos taken when both had purple hair. Even Irene's pastel colored pins, V's leopard-patterned sunglasses and necklaces are depicted faithfully.

"Are illustrators really writing Eileen and V on the cover? Thank you! There may be other, but only two can be found."

"I'm very excited about a lie, Marvel and BTS. This time they should be in the Marvel Movie soundtrack."

"Irene, the lavender hair color, is being picked up (and it's close to your favorite character)"

The other day, BTS (Bunlock Shonendan) just became a topic that appeared in the American popular television anime series "The Simpsons" (although it was just the name).

Not only BTS (bulletproof boy group) but also popular K-POP girls group BLACKPINK made a debut in the US and appeared on popular television programs, and now the relationship between K-POP and the West is getting closer and closer.

The next one is watching what kind of collaboration pops out.

so did @kristaferanka really did draw irene @RVsmtown & taehyung @BTS_twt on the cover of runaways? thanks fellow reveluvs ðŸ˜Œ perhaps there are others but i can only spotted the two pic.twitter.com/XY9jnGkY1s