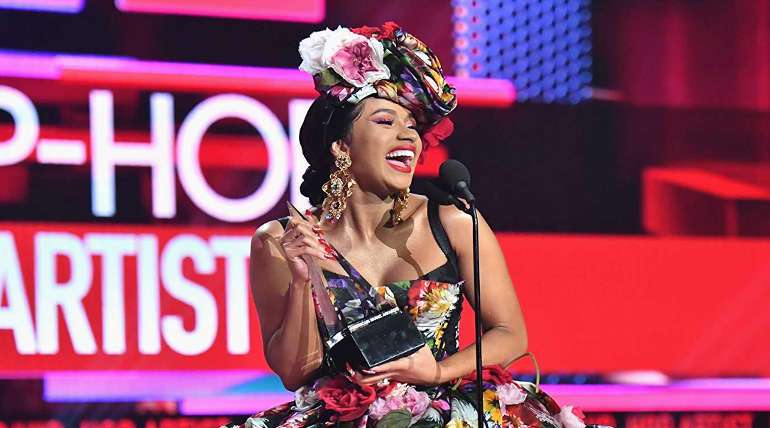 As Cardi B was in the court on Friday while her name was being announced during the Grammy Nominations. When she left the courtroom in New York City, the news reporter broke the news to her. She said "I am?" and continued "How many nominations?"

Cardi B was charged with one count of assault and two counts of reckless endangerment following an alleged incident that she threw bottles, hookahs and chairs during the fight in Flushing, Queens Strip club at 3 a.m.

It was reported that it may have been the result of a romantic dispute over her husband, Offset as they broken up.

In the video she published, Cardi B arrives at court with bodyguards. She pulled a hat over her multicolored hair and waited at the security checkpoint to be scanned inside. Cardi B next due back in court will be next month. She was also expected to perform later Friday night at the Z100 Jingle Ball at Madison Square Garden.

This is not How expected to find out I’m nominated for a Grammy ???I need a do over ??‍♀️??‍♀️? pic.twitter.com/aCt5WH6ZwZ